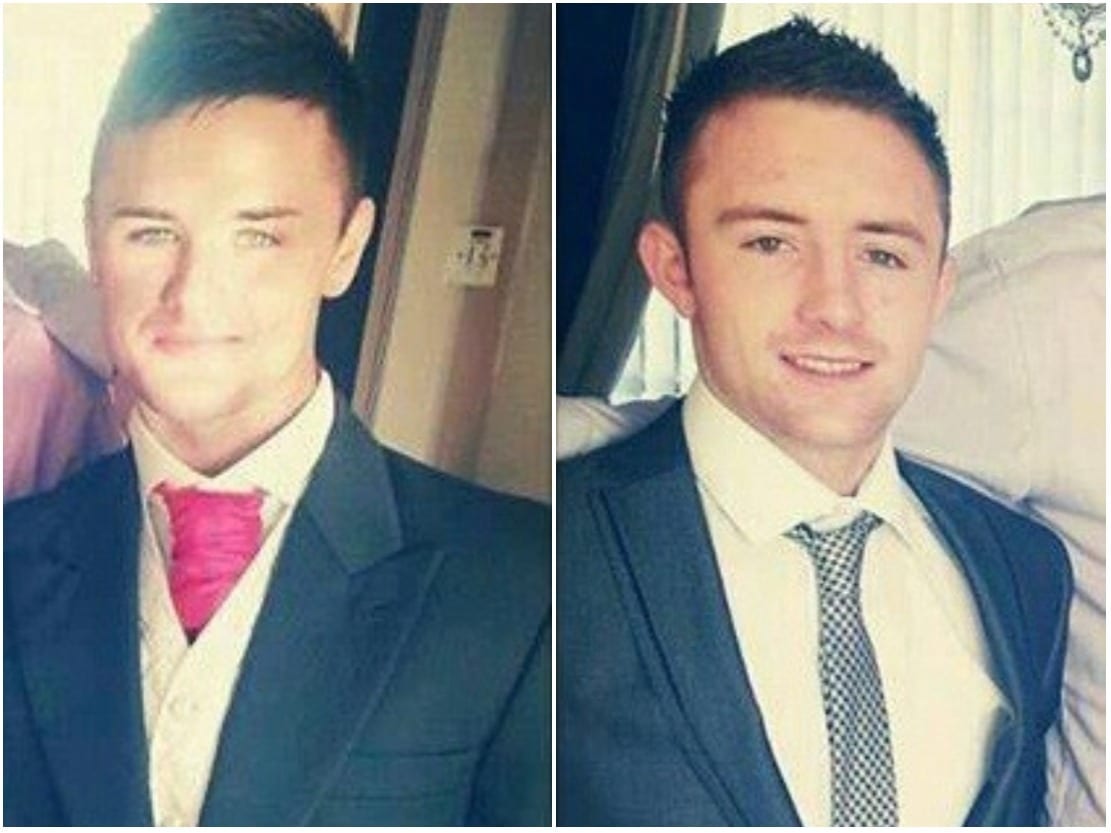 Two south Armagh men were sentenced to a total of 13 years between them after kidnapping, robbing and threatening to kill a taxi driver.

Robert Tasker, 27, and Antoin McCooey, 25, both of St Patrick’s Park, Cullyhanna, were sentenced to seven and six years respectively.

The pair appeared before Newry Crown Court on Monday to hear their fate following their convictions back in April.

The pair will spend half their sentences behind bars, with the other half served while out on licence.

Taxi driver Paul Kelly, who said he feared for his life at the time of the incident back on November 29, 2016, was the key prosecution witness in trial.

During the trial the jury heard how Tasker held a Stanley knife to his throat and threatened to kill and rape him.

Mr Kelly had picked up the two men from a Chinese restaurant in Dundalk just after midnight on the night in question.

However, the mood become toxic when the pair began to threaten the terrified driver, before they made off with €120 in takings.

Tasker was also facing sentencing for drugs offences in a separate case. He pleaded guilty to possessing and supplying cocaine and cannabis after searches, arising from the taxi driver case, uncovered the drugs stash in his home.