A remarkable achievement by family and friends, the approval comes a year after the loss of dad-of-two James last April and ahead of plans for a big community fun day this Sunday. #Time2Play 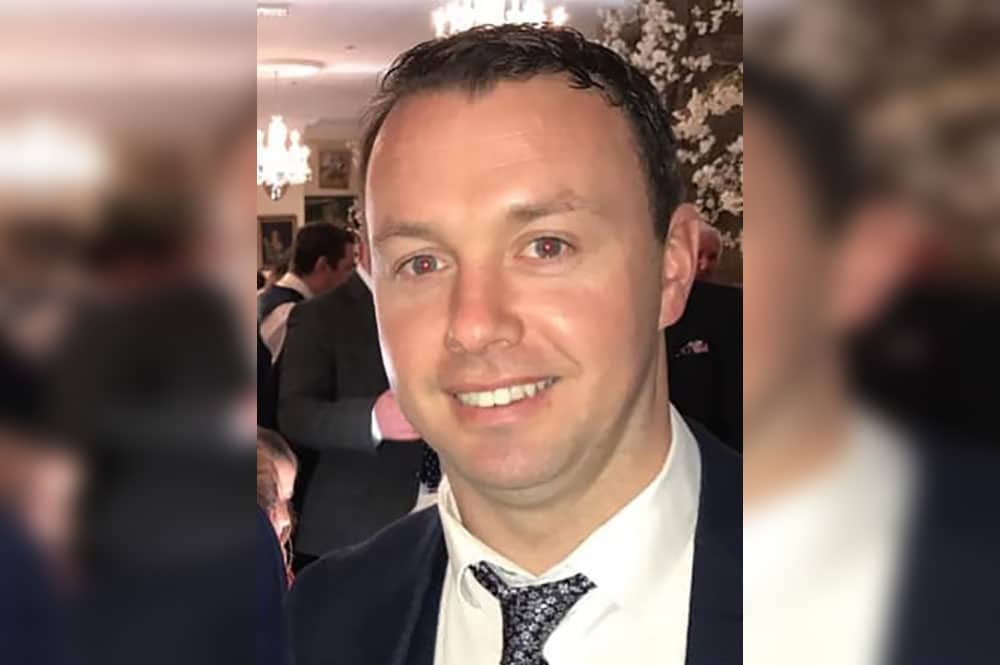 It’s full steam ahead for the good folk of Silverbridge with their plans to open a new themed play park in memory of local man James Reel.

For planning approval has now been granted to the development a year after the community was devastated by the loss of the popular dad-of-two.

Armagh I revealed in February that a formal application for the park – adjacent to the pitch at Silverbridge GFC’s ground – had been submitted to Newry, Mourne and Down District Council after much fundraising.

Now officials have considered those plans and their recommendation to approve the play park has been endorsed.

They are content that the application complies with all relevant policies and there is ample provision in place to accommodate the park.

Their determination of the application states: “The proposal will not impact on the character of the area nor are there any neighbours who may be affected.

“The proposal is using an existing unaltered access to the site. There are existing parking facilities within the complex and the proposal is not expected to generate additional parking requirements.”

They also tell of the benefits the “modest sized themed play park” will bring to Silverbridge.

The report adds: “It will allow for sporting activities to be continued to be carried out at the site whilst allowing for a play area for children which will bring community benefits and better utilise lands within the grounds.” It was a tremendous community spirit and a family’s determination which led to the proposals being drawn up for the construction of the new James Reel Play Park in Silverbridge and came after months of hard work and fundraising.

James was a popular and much-loved figure in the area and his family – with the help of the local community and Silverbridge GFC – wanted to ensure his memory and name live on.

Among the many events staged to try and raise the money to install the park was a pre-Christmas ‘friendly’ GAA match between Armagh and current All-Ireland champions and rivals Tyrone. Raffles, spinathons, school non-uniform days – the day-by-day support has been incredible!

And this weekend, there are plans too for a community fun day, on Sunday, May 1, which will coincide with Miceal Reel completing a double marathon, which he will run over two days.

There will be a walk, entertainment with Tommy Trickster, bungee trampolines, face painting, bouncy castles, a party bus, laser tag, soft play for toddlers, and much, much more.

The site for the newly-approved James Reel play park is described currently as an “existing storage/amenity area”.

The enclosed park will run adjacent to the main pitch and have a woodland theme.

There will be seating and litter bin provision too, with the overall park enclosed behind a 1.2 metre high green bow top fence.

A new retaining wall will also be constructed which would allow for commemorative plaques to be erected.

The family and all those involved with the James Reel play park plans have been thrilled with the support to date.

Throughout, they have been used the hashtag #Time2Play in all their endeavours. Now, with approval in the bag, they could safely change that #Time2Build!

Well done to all involved – a remarkable effort indeed!