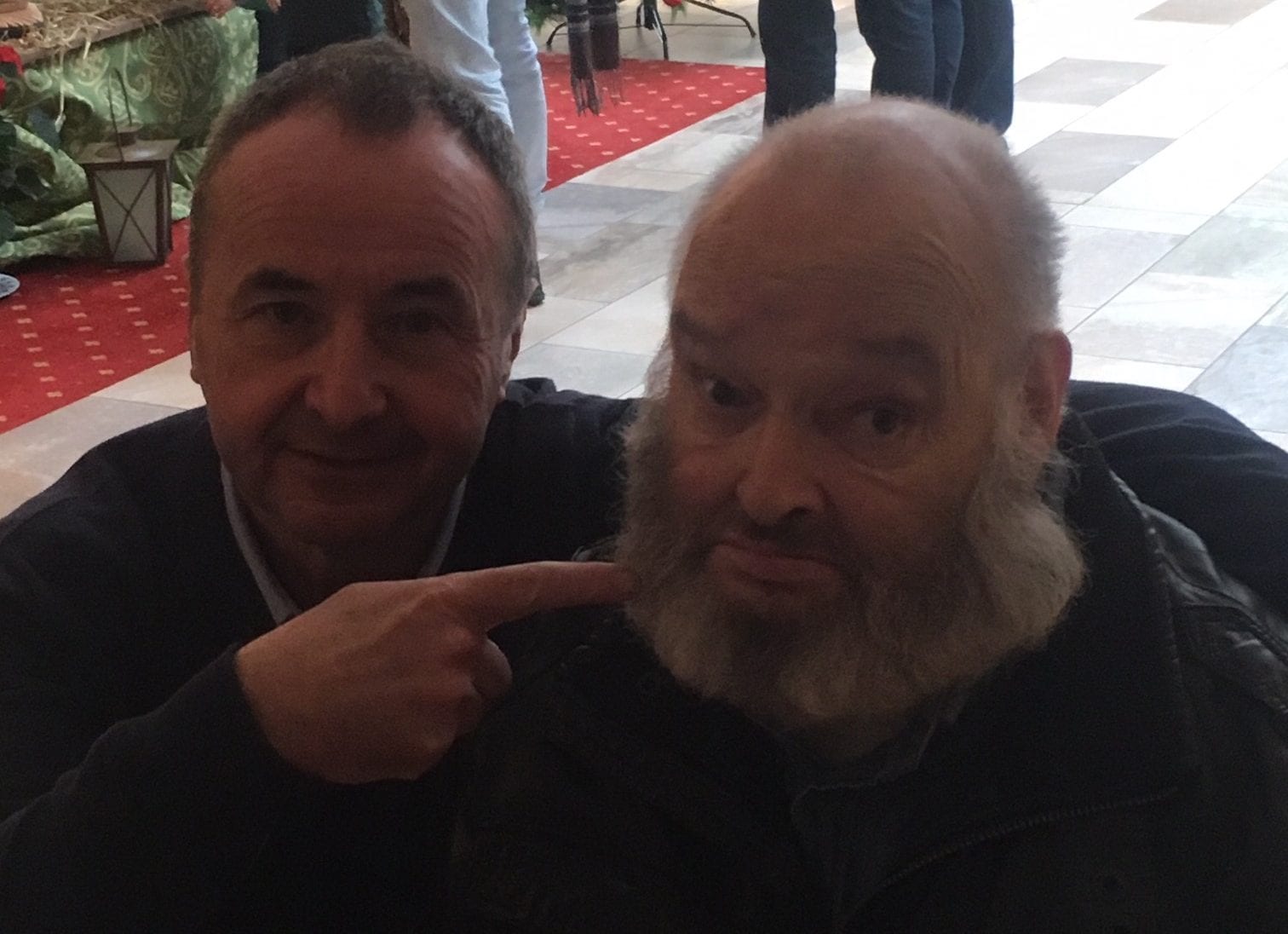 Roy McDonaill and Pat McGinn prior to him having his beard shaved off. Roy raised £630 for Cuan Mhuire.

A south Armagh man has given something back to an addiction charity which helped him through in his own time of need.

Roy, from Camlough, has been involved as a volunteer at Cuan Mhuire for many years.

He thanked all those who had supported him and made it possible to support the charity.

“Many thousands of people like myself have availed of the services of Cuan Mhuire and turned our lives around.

“All monies raised go to ensuring that Sr Consilio and Cuan Mhuire can continue to provide their life-saving and changing support for individuals and families affected by addictions.”

Roy’s long-time friend Pat McGinn was on hand to offer his support and praised his efforts.

He said: “Roy is a great example, a day at a time, of the work of Sr Consilio and Cuan Mhuire.

“For many years now he has raised much needed funds and helps and supports the ongoing work of Cuan Mhuire as a volunteer.

“He and myself are also involved in the ‘Friends of Cuan Mhuire’ and we will be holding a street collection at the end of January. We welcome any support.”