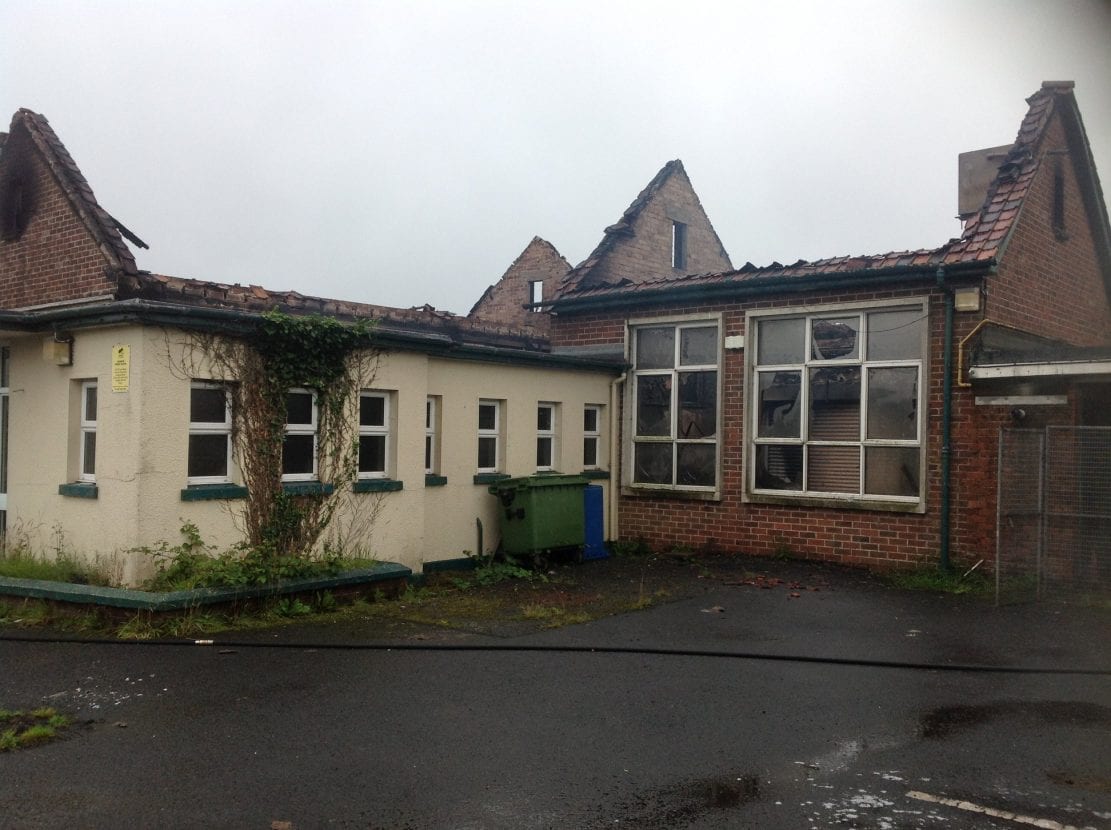 Plans to use a former primary school in south Armagh for community activities lie in ruins after an arson attack overnight.

Police in Newtownhamilton are investigating the suspected arson at Anamar Primary School on the Kiltybane Road in Cullyhanna.

A PSNI spokesperson said: “If you witnessed any suspicious activity in the area of Kiltybane Road between the evening of Thursday 15/8/19 and approximately 8am this morning could you please make contact with police on 101 and quote reference number 369 of 16/8/19.

“We also would like to advise the public that the building has been extensively damaged and is now very unstable and believed to still contain asbestos.

“We urge people to stay away from the site as it is dangerous.”

Sinn Féin councillor Terry Hearty has branded the arson attack on Anamar School as “an attack on the community”.

“In recent months there has been a community led campaign to retain Anamar School building for community use for the betterment of local people,” explained councillor Hearty.

“We wanted to use the school to provide a space to allow the community to tackle issues such as rural and elderly isolation, mental health concerns and provide amenities for local children and parents.

“Those plans have been ruined by this criminal act. The anger in the community is palpable. Those responsible should be ashamed and must be held accountable.

“Anamar School has been part of this community for years, this arson attack is an attack on all of us.”