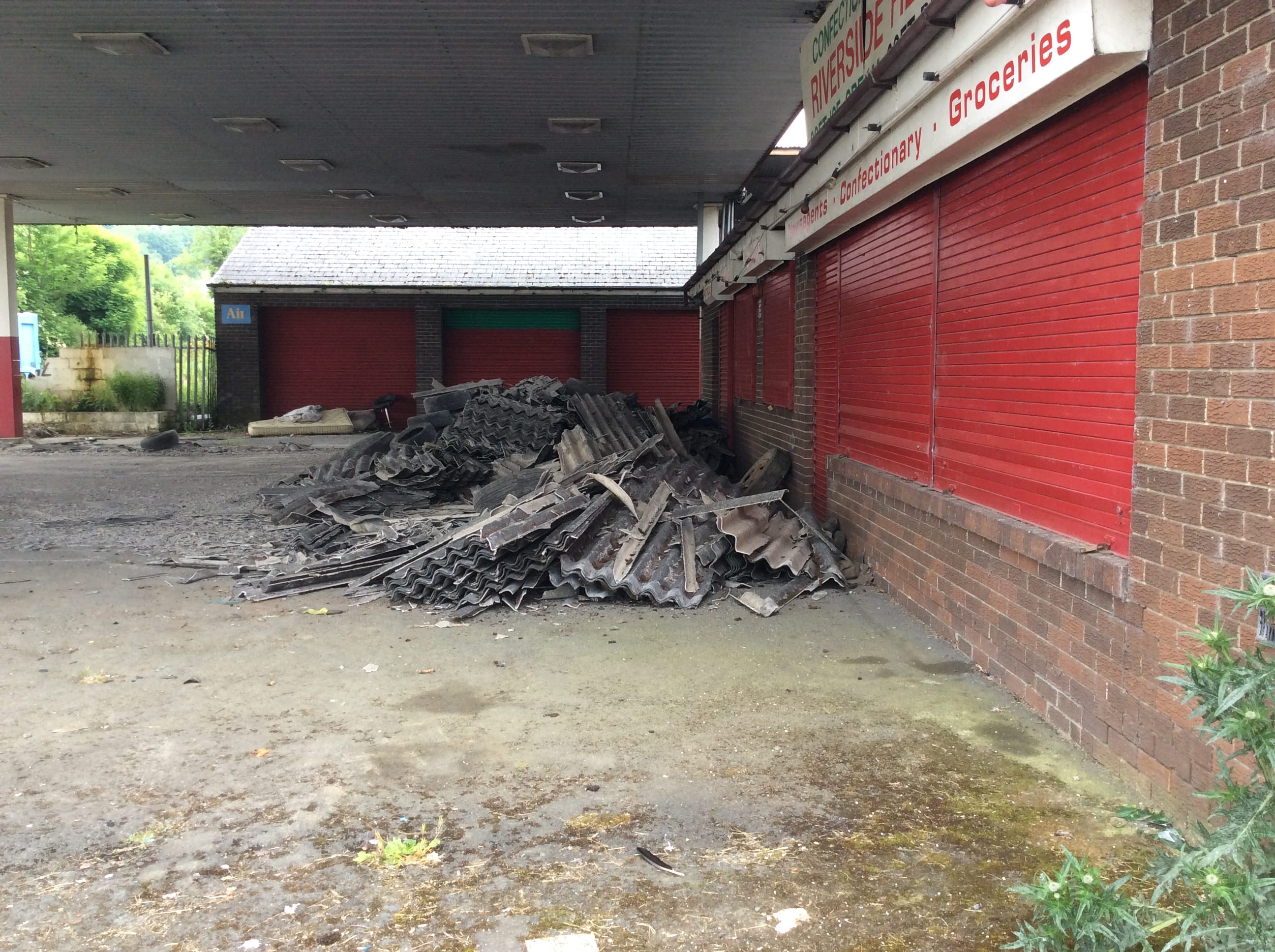 The asbestos dumped at a disused garage on the edge of Camlough.

There has been disbelief and outage after a large amount of asbestos was dumped at a south Armagh village.

The potentially lethal material was abandoned at Camlough, with the culprits accused of showing “complete disregard for the safety” of the people of the area.

They chose a disused garage on the edge of the village to offload their waste.

“The potential dangers of asbestos are widely known and the inhalation of asbestos fibers can cause serious illnesses, including malignant mesothelioma, lung cancer and asbestosi,” she explained.

“I am extremely concerned at the discovery of such a large amount of asbestos at this site. The people responsible for dumping the toxic waste here have shown a complete disregard for the safety of the people of this area,”

The Slieve Gullion councillor reported the discovery to environmental services.

Added Cllr Mulgrew: “It’s believed the substantial cost of removing the waste will have to be funded by the taxpayer as, owing to its nature, the clean-up operation must be carried out by a specialist team.

“I have reported this most recent incident to enviromental health who have confirmed that a specialist company will have to be used to safely remove the hazardous material.

“I would urge anyone with information on any illegal dumping to do the right thing and report those responsible.
“All dumping is shameful but  the dumping of harmful toxic material crosses all boundary of human decency and cannot be tolerated.”