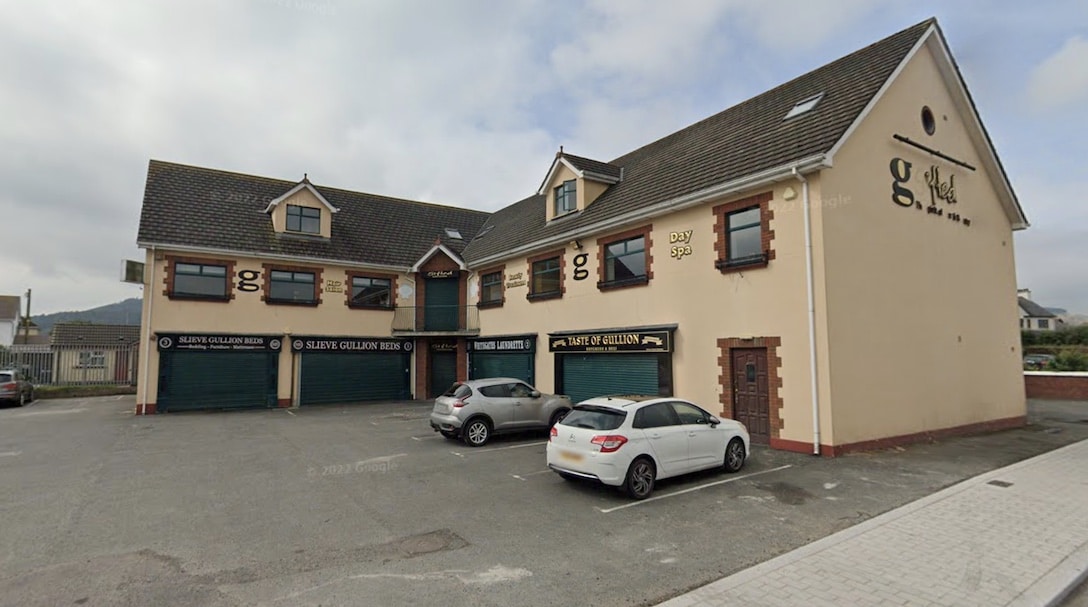 Former commercial premises in Meigh will be converted into eight new apartments, Armagh I can reveal.

Planners at Newry, Mourne and Down District Council have given the green light to transform the site on the Drumintee Road as “small businesses are no longer viable in the village”.

That was one of the reasons cited in a proposal submitted to Council for consideration on behalf of the applicant DPJ Developments Ltd.

The proposal is to change most of the shop space into six apartments and erect a small extension to form a further two apartments to the rear.

According to papers submitted to Council, the need for this has been “brought about by the changes in circumstances in Northern Ireland”.

The report added: “When the building was constructed in 2003, the shops and hairdressing salon were immediately occupied, and this situation continued until about 2017, although some difficulties arose during the recession in 2008.

“However, it appears that small businesses are no longer viable in the village and a present the building is not occupied. The company has decided to carry out proposed works as there is now a demand for high quality apartments.

“This has been brought about by the changes to [planning laws] which have prevented young people from building on their parents’ small holdings in the surrounding countryside. Their preference is to live locally in an ideal village setting close to the family, rather than move to larger cities.

“Commuting to work anywhere along the eastern corridor is not a problem as a motorway passes the village.”

One objector raised concerns that the extension would overshadow their property, however, according to the Council decision, it “did not consider any overshadowing that may occur on this property to be significant or that would be described as an unacceptable level”.

Work is expected to begin in due course.