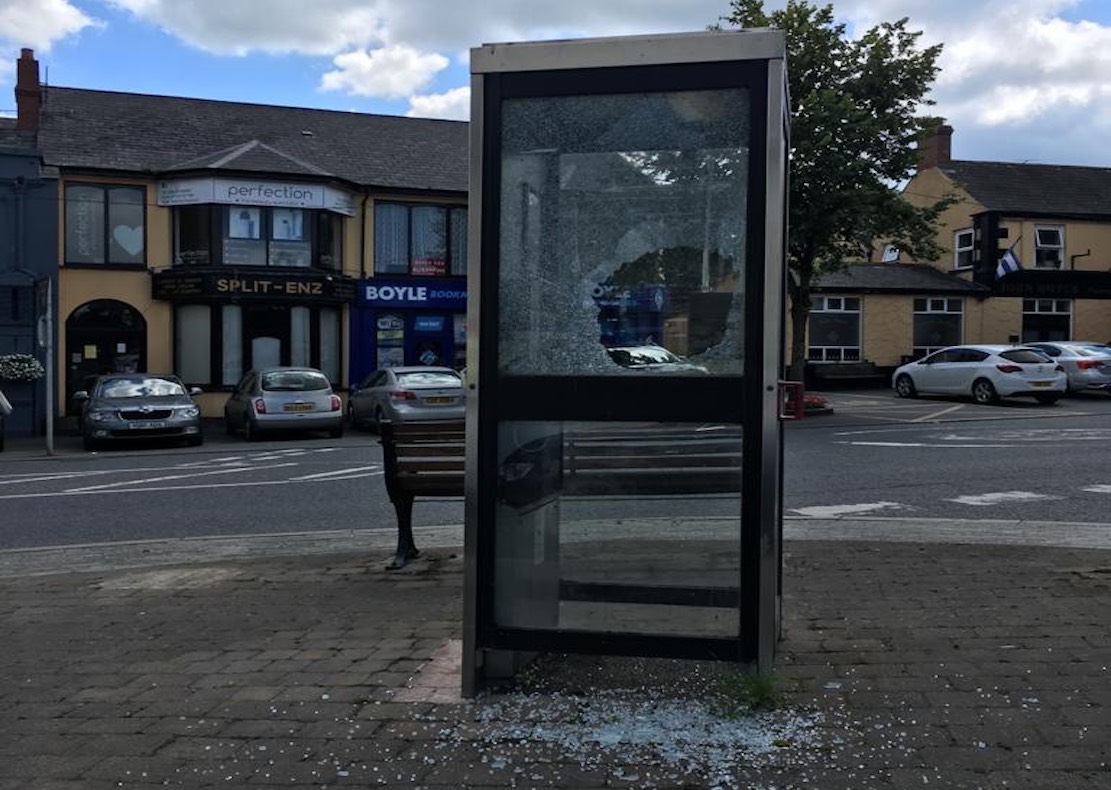 Mindless vandals smashed up a telephone box in Camlough over the weekend.

And local Sinn Fein councillor Oonagh Magennis has called on those responsible to cease, for the sake of all residents in the Co Armagh village.

The kiosk, which is located in the heart of the village, had its glass smashed by individuals over the weekend.

Councillor Magennis says the damage has caused anger amongst the local residents and was an inconvenience to those who relied on it.

“The telephone kiosk In the village was damaged at the weekend in what appears to be an act of wanton vandalism,” she said.

“It has caused concern and anger to the local residents as well as inconvenience to the service users.

“There is no need for this type of vandalism. I would hope that those involved in this anti-community act will stop such activities.”