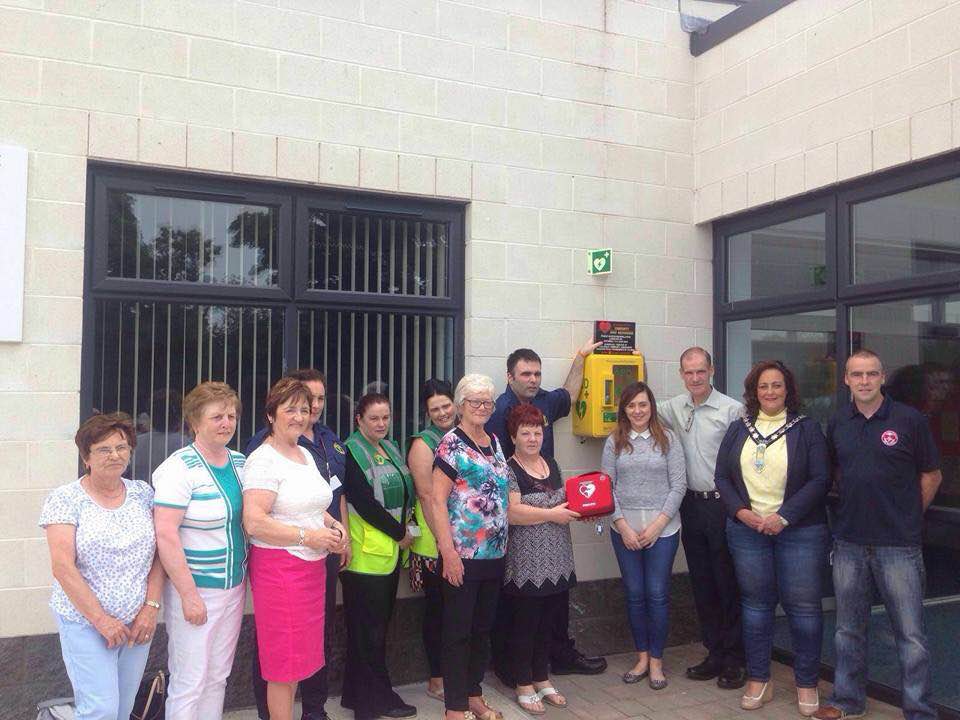 Another local community pulling together has successfully bought and installed a life-saving defibrillator.

And the people of Culloville have been commended for their efforts.

The Culloville Community Association has donated the defibrillator, which has been located on the outside of the community centre.

Megan Fearon MLA was present for the launch and addressed those gathered, praising the association members for their “tremendous work”.

“Having a defibrillator close at hand can be the difference between life and death,” she said.

“They are now becoming a regular feature in towns and villages across Ireland and it is to the great credit of the Community Association that Culloville now has this added level of protection.

“While we can all of course welcome this life saving equipment, we also hope it need never be used.

“While we are grateful to the Community Association and local groups like the First Responders it must be said that such efforts can not be regarded as a replacement for an efficient and reliable ambulance service.

“I have been in contact with our new Health Minister Michelle O’Neill and she has agreed to meet me on the issue ambulance cover and response times in South Armagh.”

Local Councillor Terry Hearty also offered his congratulations to the Community Centre and he called on everybody to make themselves aware of where the defibrillator was.

He added: “I would urge everyone to make themselves aware of where the defibrillator is.  You will hopefully never need to use that information but should an emergency arise the more people who readily know where it is the better.”