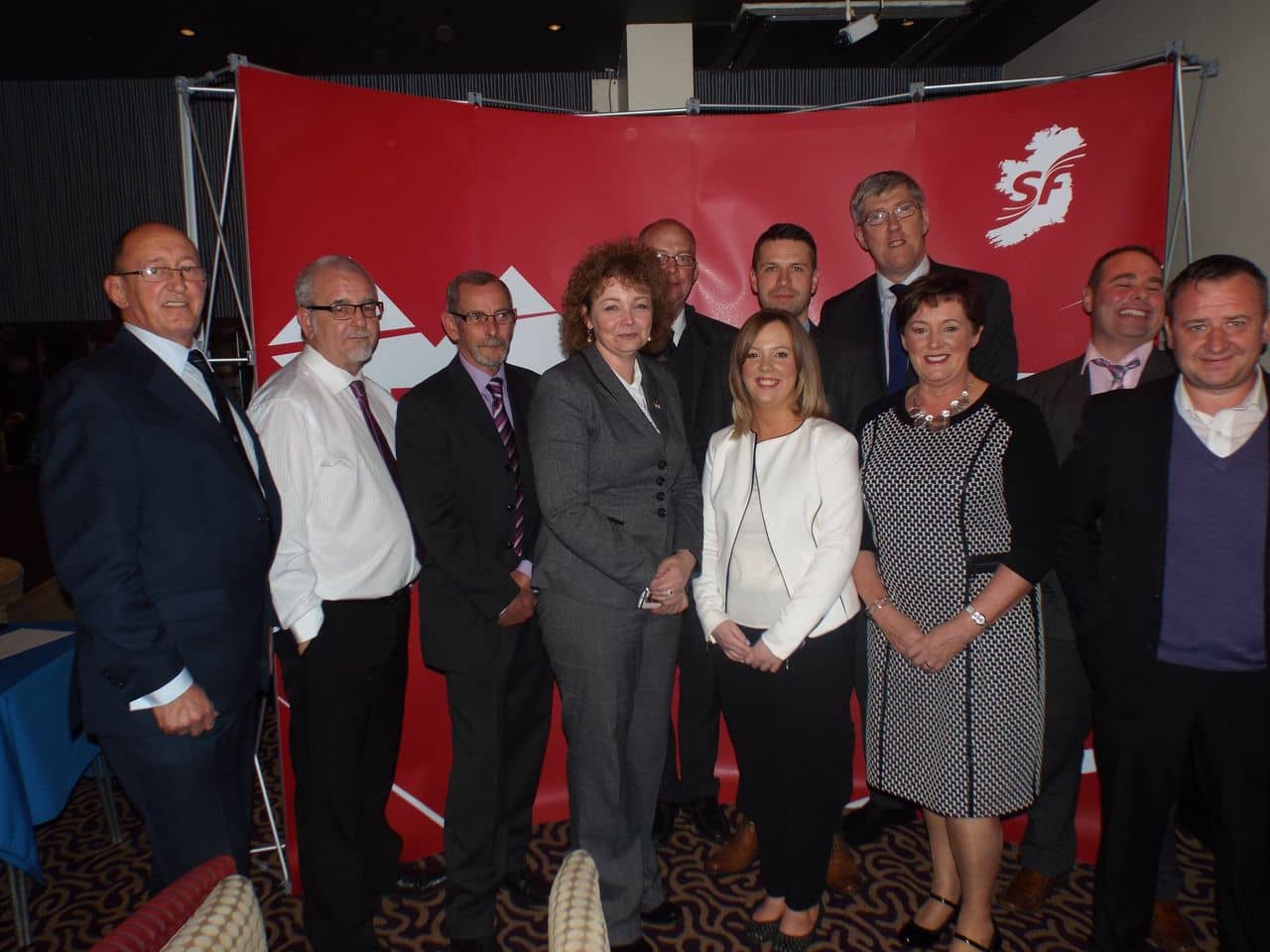 Upper Bann Sinn Féin have announced Craigavon Deputy Mayor Catherine Seeley as their candidate for the upcoming Westminster Election, in May 2015.

Ms Seeley, a Councillor in Craigavon, was recently elected to the new Armagh, Banbridge and Craigavon Council and was selected to fight the Westminster campaign at a party convention meeting tonight, Thursday.

Accepting her nomination Ms Seeley said: “I am humbled to have been nominated and supported by the local Sinn Féin organisation to fight the Westminster campaign.

“I will work diligently and as best I can to fight and win this seat for Sinn Féin. It is time for change in the Upper Bann area; the old mantra has to change and with a maximised nationalist vote we can make it happen.”

Education Minister and Upper Bann MLA John O’Dowd wished his party colleague luck and spoke of the major gains made by the party, remembering in particular Sheena Campbell, a leading party activist whose anniversary coincided with the selection convention.

“We have come a long way in terms of the peace process and the politics of this island, and we still have a road to go. Many of the advancements in the political process would not have been possible without the efforts of people like Sheena Campbell,” said Mr O’Dowd.

“Catherine Seeley is an excellent candidate who has already faced many challenges in her public life. I am happy to say she has overcome them and continues to provide a positive, inclusive and progressive voice in the Upper Bann area. Her professionalism, leadership and ability speak volumes as to what can be achieved in Upper Bann – change.”

Ms Seeley, from Derrymacash, was born and raised in the Taghnevan area of Lurgan.

She is currently a member of the local Policing and Community Safety Partnership.

In January 2014 she was co-opted as a councillor to Craigavon Borough Council and was elected in May 2014 to the new Armagh, Banbridge and Craigavon Council.

She has been a member of Sinn Féin since her teens and is currently Chair of Upper Bann Sinn Féin.

She is a graduate of History and Politics from Queen’s University Belfast, where she also completed a Post-Graduate Certificate of Education.

As a young qualified teacher, she has already gained considerable experience as an educator across all sectors of education and has brought this professionalism to her new role as a political representative.

This was all the more evident in her handling of a sectarian campaign waged against her, by a minority of people, due to her employment in a school in North Belfast.

With the support of her students, Ms Seeley took the opportunity to speak out against discrimination, sectarianism and racism in society.