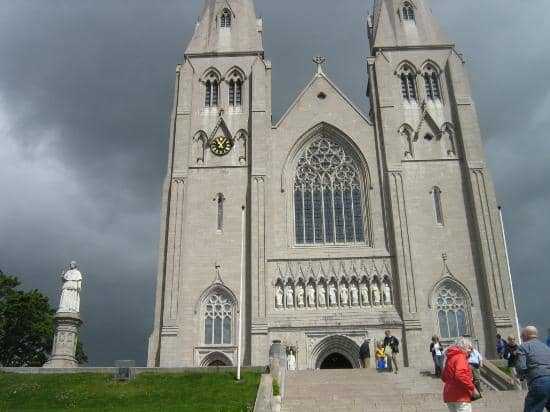 Requests to Armagh Council to have the whole Shambles Yard area open for Cemetery Sunday yesterday appear to have fallen on deaf ears, as once again those with loved ones buried in the Cathedral graveyard were faced with a major shortage of parking spaces, a city councillor has said.

Sinn Féin councillor Garath Keating says he is astonished that the council failed to make available for parking a large section of the Shambles Yard despite the area having been specifically requested at a Council meeting on Tuesday 24th June.

“I find it astonishing that this simple request was not carried out and my colleague Councillor Cathy Rafferty has since contacted council officials to find out where the breakdown in communication occurred.

“Each year those attending the Cemetery Sunday commemoration face difficultly parking due to the large number of vehicles which congregate in Armagh for the event.  Prior to last year’s ceremony Cathy Rafferty asked that the Shambles Yard be opened but this was not done.  Again this year we requested the entire yard be available to motorists and once again this simple request appears to have been ignored.

“This is not good enough and we are now looking for answers as to why these requests made by elected representatives are being ignored year after year.”