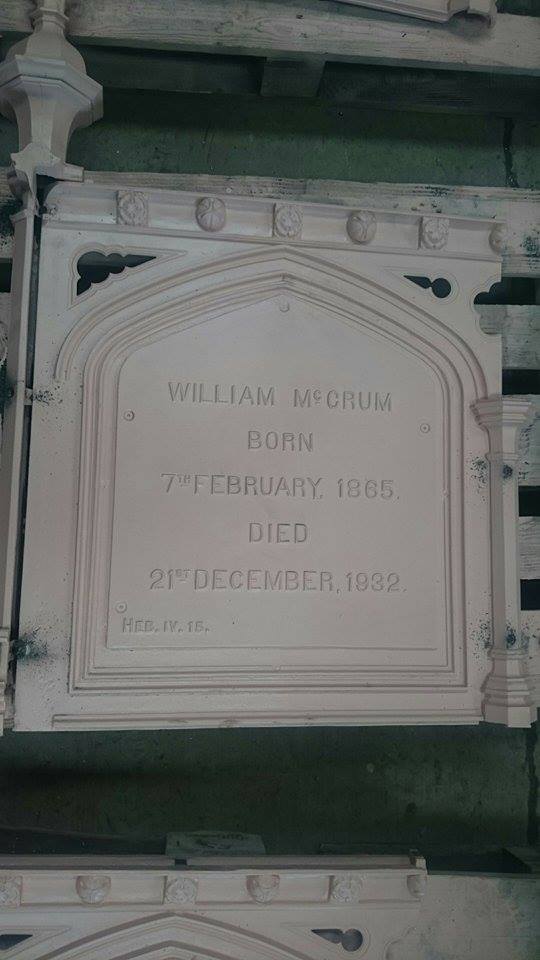 An open invitation has been extended to all to come along tonight for a special service to mark the restoration and dedication of the grave of penalty kick inventor William McCrum.

The service is due to take place at St Mark’s Parish Church in Armagh at 7pm.

Johnny Jameson, who was part of the team at the 1982 FIFA World Cup when Northern Ireland reached the second round, will give his testimony.

There will be a talk on the McCrum family and their history and of the history of the penalty kick.

A piper and Killylea Silver Band will be leading the hymns during the service in the church, before moving outside for the dedication of the grave, which is situated within St Mark’s Parish Churchyard.

The grave had fallen into a real state of but much hard work has seen it completely restored.

FIFA had agreed to pay for the work. The decision was made at the IFAB meeting held in Belfast and came just days after the launch of the campaign to raise the estimated £7,000 required.

William McCrum, who came from Milford, as a member of the Irish FA, proposed the idea of the penalty kick in 1890.

Philip Johnston, speaking on behalf of Milford Northern Ireland Supporters’ Club, said: “We would like to encourage everyone to come along to the event to mark the celebration of the restoration of the McCrum family grave.”