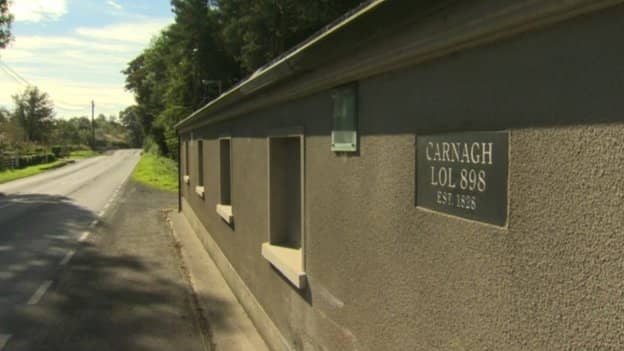 A security operation is under way in just outside Keady in County Armagh following an explosion outside an Orange hall on Friday.

The Castleblayney Road, Keady, has been closed to traffic and diversions are in place.

Police said they were carrying out a number of inquiries in relation to the crude device. Chief Inspector Ian Campbell said: “We are in contact with members of the lodge and local representatives in relation to this incident.

“The reality of policing in Northern Ireland is that there is a significant ongoing threat from terrorists who have shown they are determined to kill police officers.

“As a consequence, our response to each incident is guided by what best protects both the public and our police officers, and causes least disruption to the community.”

Danny Kennedy, Ulster Unionist MLA for Newry & Armagh, said: ”I totally condemn this cowardly attack on Carnagh Orange Hall and its members. The members of the lodge have worked tirelessly as an integral part of the local community, and despite repeated sectarian attacks on their premises will continue to do so.

“I understand that a crude explosive device was used, and the hall has sustained minimal damage. This attack was also designed to intimidate the lodge members. However they will not bow down to intimidation and are determined that they will proceed with the charity events which they have planned for next weekend.

“It’s time for the sectarian bigots who attacked Carnagh Orange Hall to get off the backs of the local community. I would appeal to anyone who may have seen any suspicious activity in the area to contact the police and share any information they have.”