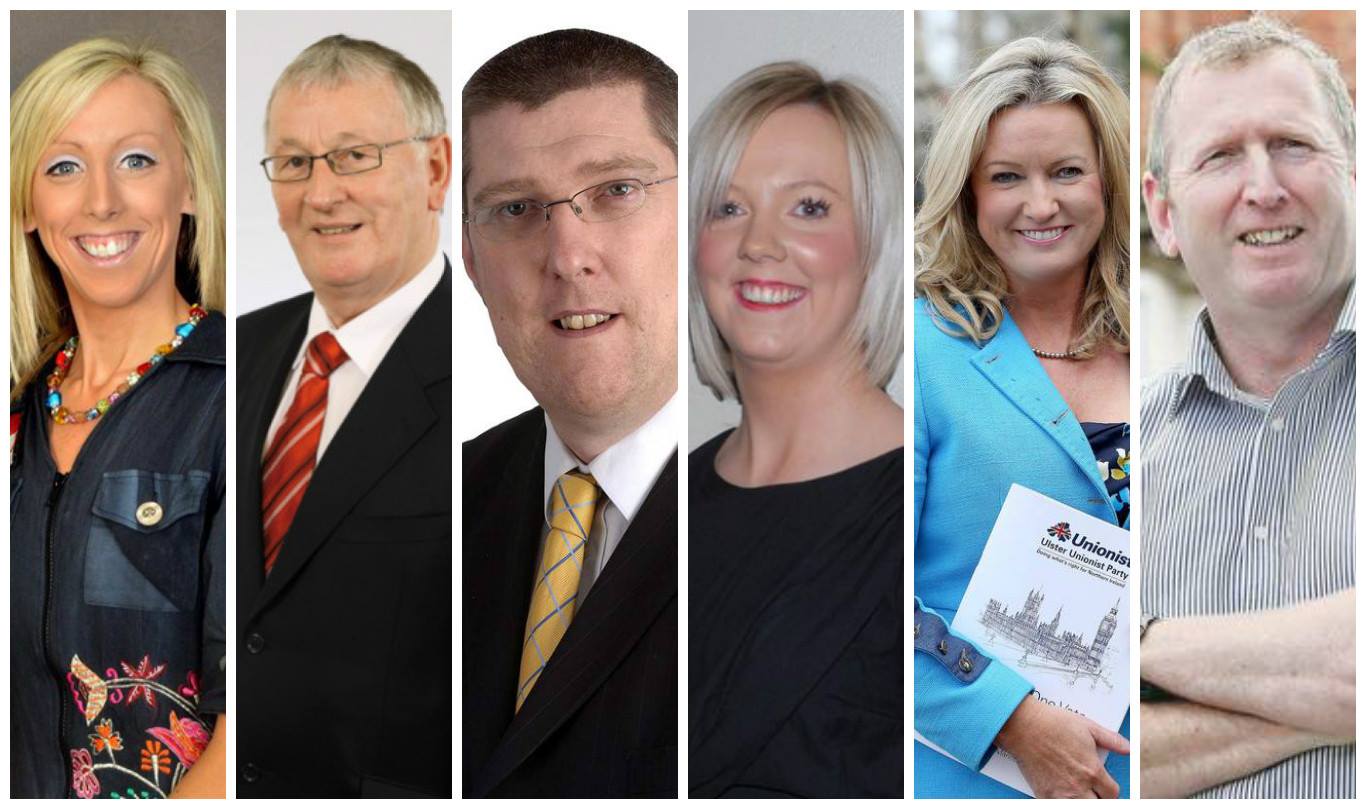 It became clear after the first day’s counting that a high-profile casualty was guaranteed in Upper Bann – but the question going to bed was who?

And it was not until closing in on 5pm on Saturday that all was revealed, with the constituency returning the last three of the 108 members of the Northern Ireland Assembly.

It was to be the SDLP’s Dolores Kelly who lost out at the last as the Education Minister John O’Dowd only just scraped through the transfer test.

With two DUP MLAs – Carla Lockhart and Sydney Anderson – taking their seats on Friday, the Ulster Unionists had claimed the third seat. But not until Saturday.

Ulster Unionist Jo-Anne Dobson, who retained her seat, said she was “honoured” to have been re-elected, and she also paid tribute to her new Stormont colleague, Cllr Doug Beattie MC, who was attending the funeral of his 15-month-old grandson, Cameron Tindale.

There was a warm round of applause for Cllr Beattie, who waited until after the polls closed on Thursday night to release a statement thanking people for their support and asking for their understanding that he be with his family.

It was slow going in Upper Bann from the very start and there was frustration among candidates, supporters and the assembled media.

It was not until 5.30pm on Friday that the first result came through.

The DUP’s Carla Lockhart was the first and only candidate to cross the line at the first count and that came after a recount.

Her poll-topping performance saw her celebrate the electorate’s faith in giving her 7,993 first preference votes.

The new DUP MLA quickly took to social media to acknowledge her supporters, posting on Facebook: “Thank you to the people of Upper Bann – TOPPED THE POLL and just been ELECTED!!!!!!! To God be the GLORY!!!!!!!!”

The quota in Upper Bann was 6,527, with Ms Lockhart’s DUP running mate Sydney Anderson fell just 332 votes short of crossing the line at the first count.

The SDLP Dolores Kelly had a nervous afternoon and took just 4,335 first preferences.

The second count saw Sydney Anderson reclaiming his Stormont seat when transfers from his DUP colleague Carla Lockhart saw him exceed the quota.

The third stage saw no more elected but resulted in the elimination of McCarroll, Nickels and Hutchinson.

Shortly before 10pm the decision was taken to suspend counting on Upper Bann and resume in the morning.

But not before more eliminations – the Green Party’s Simon Lee on the fourth stage and Progressive Unionist Sophie Long at the fifth.

CISTA’s Martin Kelly was eliminated at the sixth leaving an exciting climax to the count for Saturday, with Sinn Fein’s Catherine Seeley sitting ahead of running mate John O’Dowd, and Dolores Kelly cautiously optimistic she would return.

CISTA transfers failed to see anyone pass the post in the seventh and Ukip’s Davy Jones – a councillor on Armagh City, Banbridge and Craigavon Borough Council – was eliminated. TUV’s Roy Ferguson left the race at the eighth stage.

It took almost three hours after counting resumed until the third Upper Bann seat was filled. Ulster Unionist Jo-Anne Dobson was deemed elected at the ninth stage shortly before noon, a result coming off the back of Ferguson’s transfers.

The Alliance Party’s Flash Harry Hamilton – who had previously stood for the Ulster Unionists – was eliminated at the ninth and his transfers would make all the difference as the race headed towards a conclusion.

The Ulster Unionists’ Kyle Savage was next to fall at stage 10 and then it was four into three.

Doug Beattie, who was sitting on 4,454 at the end of the 10th, was to benefit from his running mate’s transfers – to sail past Dolores Kelly.

At the end of the 10th stage there had been only 231 pushing O’Dowd ahead of Kelly.

There was all sorts of speculation emerging at the count centre. The frustration at the waiting game was palpable.

But the Ulster Unionist went over quota and there was fresh hope again for Kelly – it really was going down to the wire as all eyes were on Upper Bann.

The final seat – it took 11 counts in all – was not declared until after 4.30pm and it was Sinn Fein celebrating, with John O’Dowd taking the seat by just 167 votes ahead of Kelly.

It ended with two apiece for DUP, Sinn Fein and Ulster Unionists with the SDLP squeezed out.

In all, 17 candidates vied for one of the six available seats.