‘Retirement may become a thing of the past’ – Bradley 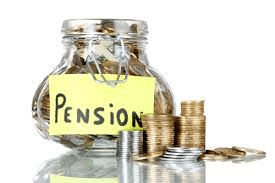 Newry and Armagh Assemblyman Dominic Bradley has expressed serious disappointment that the SDLP’s efforts to “protect and fight for fair pension rights for more than 200,000 public sector workers have not been supported by the DUP, UUP and Alliance”.

Mr Bradley was speaking after The Public Service Pension Bill passed its consideration stage in the Assembly after lengthy debate on Tuesday evening.

The SDLP tabled a number of amendments to the Bill “in an attempt to give the best possible voice to the 210,000 public servants”.

Mr Bradley said: “The SDLP tabled the amendments to the Bill, which we see as another attack on public servants because, largely, the effect of the Bill for public servants will be to pay more, work longer and get less at the end. Retirement may become a thing of the past.”

The MLA said trade unions had raised concerns regarding the “transparency and fairness” of some of the changes proposed, pointing out the scheme would be controlled by the Department of Finance, and ultimately the Treasury without recourse to the Assembly.

He also warned raising the pension age would have a “significant impact” on the Northern Ireland economy.

Mr Bradley added: “Sadly our amendments to protect the pension rights of public servants did not receive the necessary support from the DUP, the UUP or the Alliance, however, the SDLP will be examining the mechanisms available to us in the coming days. We will certainly not be giving up the fight on public sector pensions.”