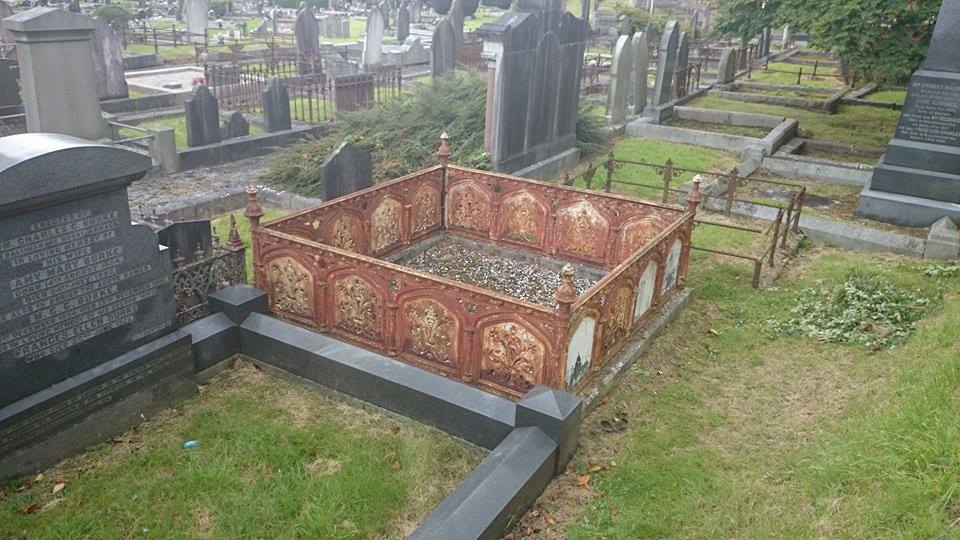 FIFA has agreed to pay to have the grave of penalty kick inventor William McCrum restored.

The decision was made at the IFAB meeting held in Belfast and comes just days after the launch of the campaign to raise the estimated £7,000 required.

The grave of William McCrum, who came from Milford, has fallen into a shocking state of disrepair in the grounds of St Mark’s Parish Church in Armagh.

A statement confirmed the great news today (Saturday): “The IFAB acknowledged the contribution of the late William McCrum, who, as a member of the Irish FA, proposed the idea of the penalty kick in 1890.

“FIFA has agreed to fund the restoration of William McCrum’s grave, which has fallen into disrepair.”

As Armagh I exclusively revealed in December, the campaign for restoration hit a major setback when the Heritage Lottery Fund amazingly rejected a plea for funding to see the job done.

Down but not out, Northern Ireland football fans in the County Armagh village of Milfor decided to see it through themselves – and the determination was unprecedented.

Milford NISC’s Philip Johnston welcomed the news and said they were “over the moon”.

He told Armagh I: “We’re delighted that FIFA has done this.

“The AoNISC have been great getting all the support and awareness from FIFA, IFA, IFAB etc.

“Without them taking the project under their wing we would have had a big struggle. I still can’t believe it.”

Today’s news means that the work can now go ahead sooner than expected.