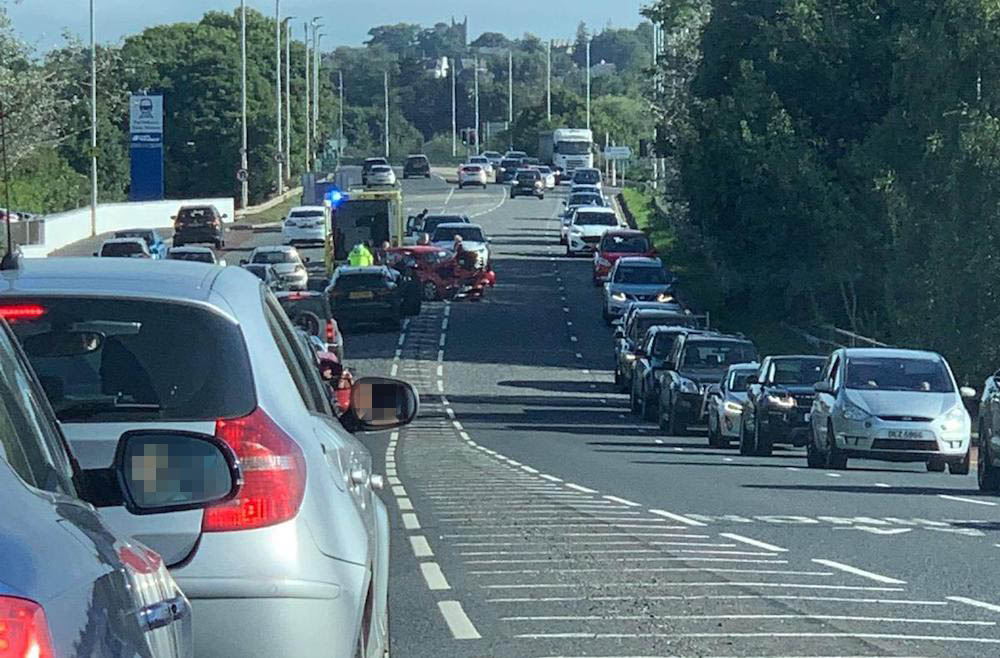 A woman was arrested on suspicion of causing a three-vehicle collision on the Northway in Portadown while under the influence.

The crash, which caused serious delays, happened just outside the train station shortly before 10.30am.

Police officers attended the scene, along with their colleagues from Northern Ireland Ambulance Service.

A police spokesperson said: “A woman in her 20s was arrested on suspicion of a number of related offences, including driving whilst unfit through drink or drugs, and dangerous driving, and was subsequently released on bail pending further enquiries.”

Police are appealing for anyone who witnessed the collision, or may have captured dash cam footage, to contact them on 101, quoting reference number 630 of 18/09/21.