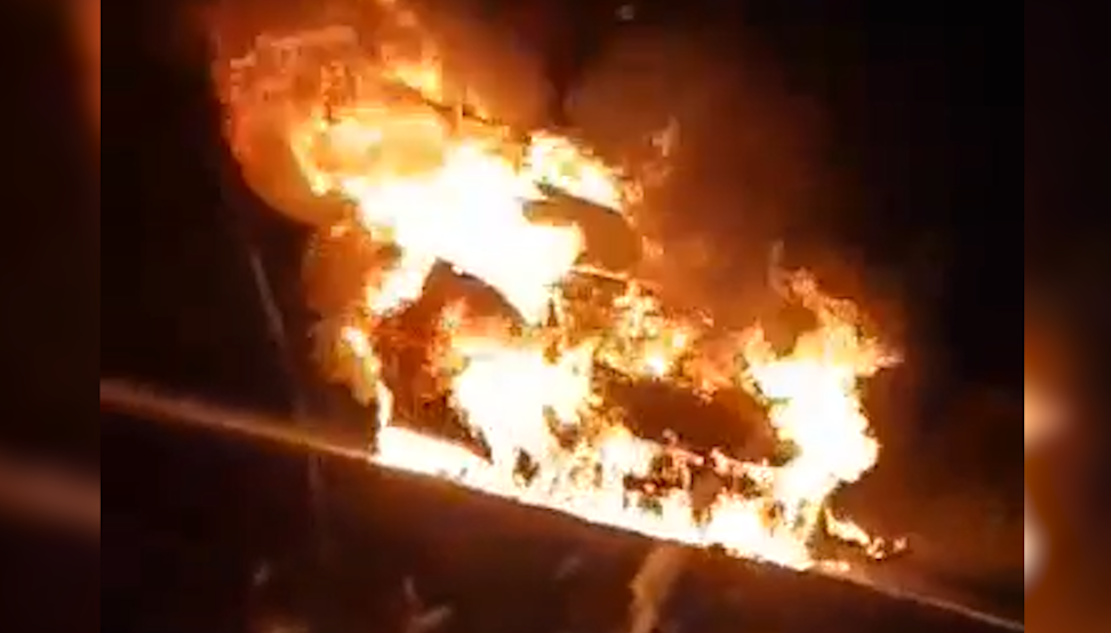 This is the moment a car burst into flames on the Northway in Portadown on Friday evening.

The raging inferno forced one lane of the Northway to be closed off as emergency services were tasked to the scene.

The video taken by a passerby shows the severity of the flames as cars drive past around 4.30pm.

Another eye-witness, speaking to Armagh I, said: “It just went up so quickly, it was quite shocking but thankfully the driver was out of the car.

“It must have been terrifying for them and such an awful thing to happen in the lead up to Christmas.

“People had pulled over to help but obviously there was no real helping in a situation like that.”

The road was re-opened around 5.30pm.