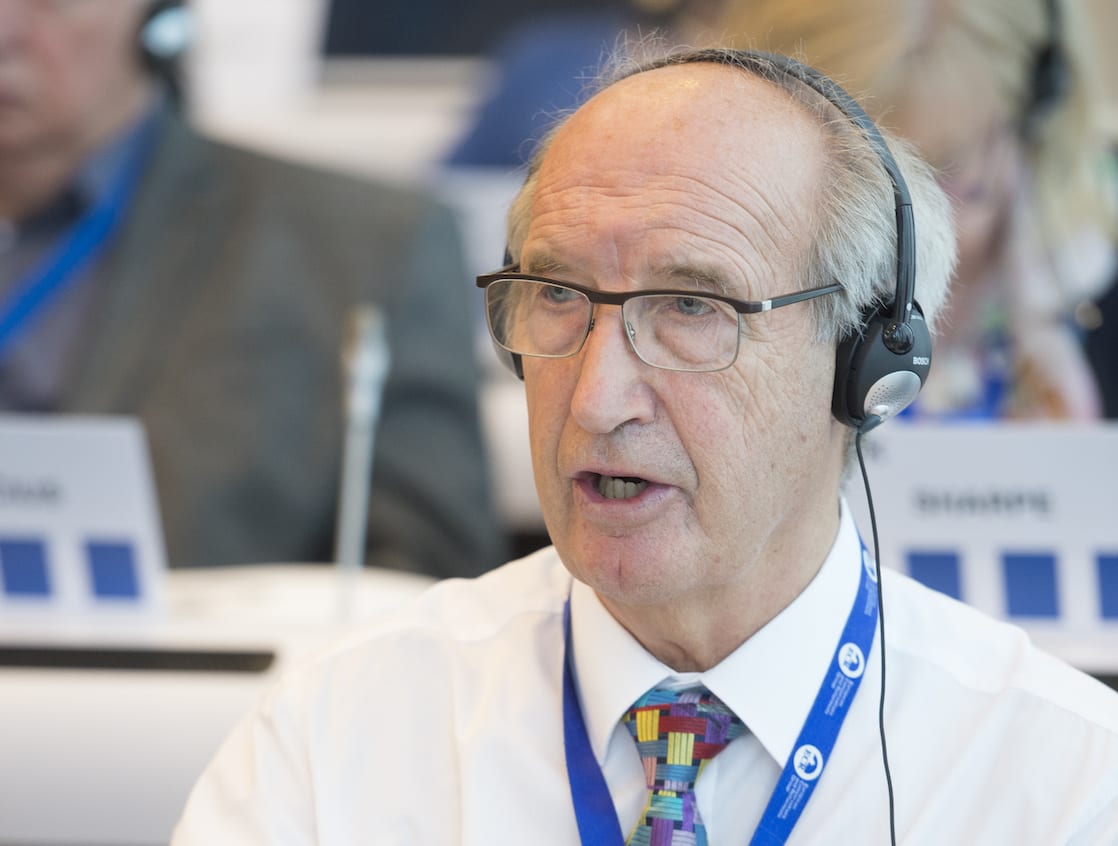 A three-week extension to the ongoing legacy consultation has been welcomed locally as giving victims in the borough the chance to have their views heard.

It was in May that Govenrment announced the consultation exercise.

It did so saying it was “trying to find the best way to meet the needs of victims and survivors and to help people address the impact of the Troubles in the areas of information, justice and acknowledgement and help Northern Ireland transition to long term-term peace and stability”.

“We need to do this in order to support true reconciliation and healing at a societal level,” it was stated at the time.

The consultation was due to come to an end next Monday, September 10.

But Government has now responded to calls for an extension by giving people until Friday, October 5 to respond.

Ulster Unionist Alderman Arnold Hatch described the consultation as “one of the most important consultations since the Belfast Agreement” and said the three-week extension “must be welcome not just by all victims and survivors but by the whole of society”.

Reacting to Wednesday’s confirmation, he said: “I have many constituents in the Portadown area and wider ABC council area who have lost loved ones and who have never been given the opportunity to find out what happened to their loved one or see justice.

“They deserve time to ensure they fully understand what the consultation is proposing and what impact it will have on them and the wider society.

“This legacy consultation is one of the most important since the Belfast Agreement and yet it has not been given the prominence it should have and many people throughout the borough are oblivious to it.

“It is clear that many will never see justice and it is important that we manage their expectations of this consultation.

“But at the same time it is also important that their voices are the loudest and that any mechanisms that are taken forward are supported by the victims and survivors.

“I commend the Ulster Unionist Party and my colleague Doug Beattie for leading this call to extend the consultation.  Our views on its shortcomings are clear – as are our alternatives – but we will continue to engage in a positive way and accept what the people want from the legacy proposals.

“In the meantime I will continue to support all my constituents and assist with the completion of the consultation to ensure they have a voice.”

Sinn Féin Deputy Leader Michelle O’Neill said the extension to the legacy consultation must be accompanied by additional measures to assist people to engage with the process and “cannot be used as an excuse to further delay implementation of the Stormont House Agreement”.

The Sinn Féin Vice-President confirmed that she has written to Secretary of State Karen Bradley following the announcement that the consultation on proposed new legacy legislation has been extended.

She said: “It is vital that all voices, particularly, those of victims are heard as part of this consultation process and I have made clear in my correspondence to the British Secretary of State that their approach to date has been has been defined by a lack of sustained outreach and engagement, momentum and awareness.

“Therefore, if this extension is to be effective it should be accompanied by additional measures including bespoke support and back-up that facilitates as many citizens as possible to respond to the consultation.

“I have also made it clear that the extension cannot be allowed to impact on the timeframe for the introduction of legislation.

“Any further delays to the establishment of the legacy mechanisms would be unacceptable to Sinn Féin and many families, some of whom have been waiting 45 years for access to a basic inquest.

Newry and Armagh MLA Justin McNulty said the SDLP has been consistent in our calls for a comprehensive, ethical, victim-centred approach to the issues relating to legacy.

“We believe that the consultation process should be victim-centred in its character and outcome,” said Mr McNulty.

He added: “The SDLP believes that the proposed legislation in the consultation is deficient in a number of areas and we will be making a detailed submission as our response. We have been engaging with the Northern Ireland Office in relation to the consultation and we have made our position clear. It is vital that the British Government engage fully with victims and survivors throughout the process.

“Since the announcement of the consultation in May 2018, the SDLP has met with victims’ groups right across the North – not to politic, but to listen and learn. We aren’t interested in mere words or meaningless placards; rather our priority is to reflect the views of victims’ campaigners in our response.

“The SDLP believes that the out workings of this consultation can provide a real opportunity, as far as possible, to help heal the wounds of the past. If the evident fault lines in these proposed mechanisms are addressed, we are up for this challenge.

“The SDLP has never shied from truth, nor justice, and we won’t now. Those who are intent on putting today’s task off until tomorrow because it doesn’t quite fit the agenda they desire should be ashamed of themselves.”

In conclusion Mr McNulty said: “Whilst many talk about building a better tomorrow, we can only do that when those who have been hurt get healing and justice.  I would encourage as many people as possible to respond to the legacy consultation.  Point out the areas you spot that need addressed, make clear where you see problems and engage in the process.”