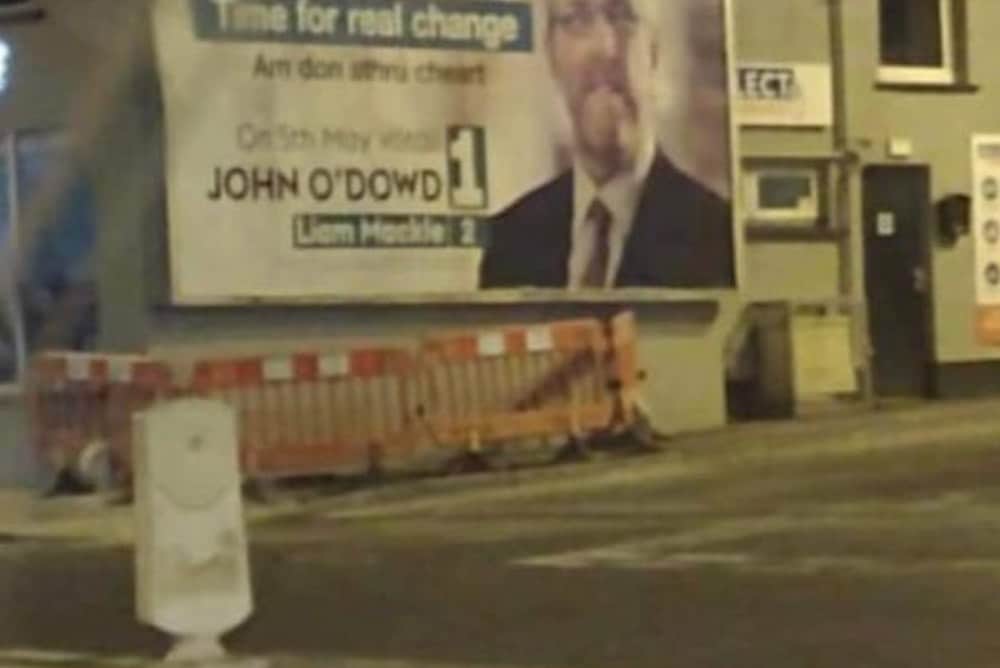 A Sinn Féin election candidate has reported to police sinister online threats to vandalise a billboard in Banbridge.

The billboard, urging support for Upper Bann Assembly candidate John O’Dowd, was the subject of a thread of threats on Facebook over the weekend.

Mr O’Dowd said the comments have been reported to police – including one from a member of the public who, he said, is an associate of another Assembly candidate in the constituency.

Mr O’Dowd explained: “Contributors to the social media debate discussed how best to remove or deface the billboard.

“One contributor suggested a pot of paint, with another encouraging it to be attacked under the cover of darkness.”

A few days ago, party colleague and fellow Upper Bann candidate, Liam Mackle, complained that his election posters had been stripped and stolen in Banbridge, Portadown and Lurgan.

“The sheer scale of theft and destruction of Sinn Féin posters in Upper Bann means the police must respond to protect democracy.”

Chief Inspector Lynne Corbett said: “Police in Armagh, Banbridge and Craigavon are committed to doing everything we can to ensure all candidates can participate fully in the forthcoming Northern Ireland Assembly election free from harassment, intimidation and other forms of criminality,” she said.

“We are investigating thoroughly all incidents which have been reported to us, including the removal and destruction of election posters, and any identified suspects will be liable to prosecution.

“I would be happy to engage with any person or party with concerns on this matter and would appeal to anyone who witnesses the theft or damage of election posters to contact police immediately.”