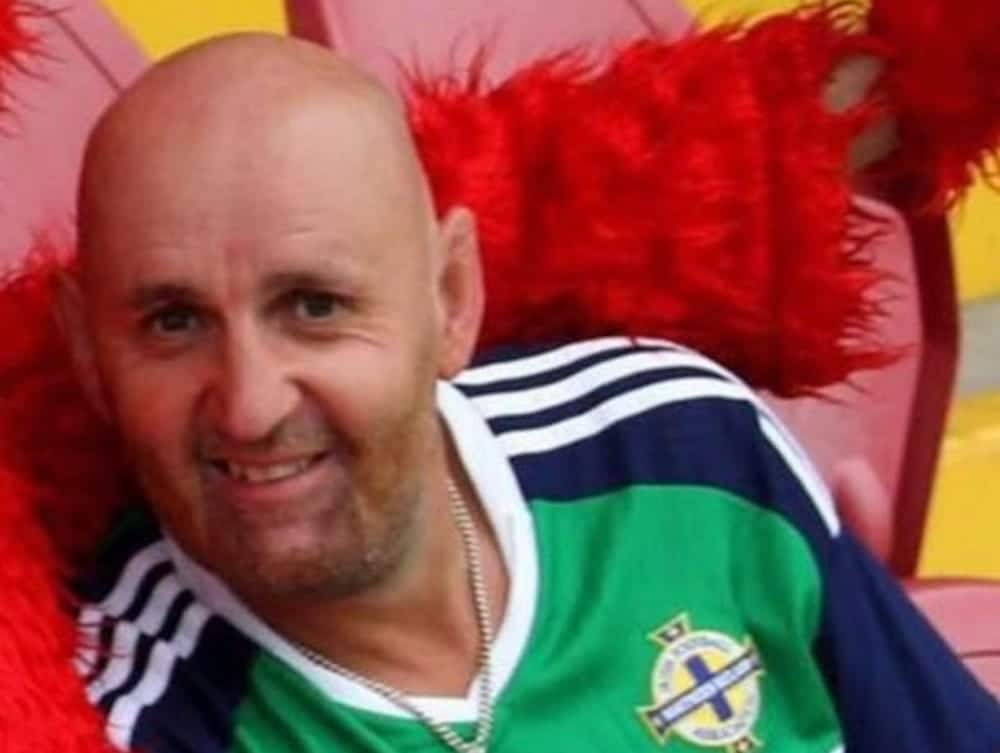 A Co Armagh community has been plunged into grief following the sad and untimely passing of a well-known Portadown man on Monday.

Gary Connolly – affectionately known as Barthez – from the Gilford Road, passed away peacefully in Craigavon Area Hospital just weeks after being diagnosed with a brain tumour.

He was the treasured son of Raymond and Stella and the cherished brother of Michael, adored brother-in-law of Dawn and a much loved uncle of Judith and Andrew.

Back in September, Gary publicly thanked everyone for their “thoughts, prayers and encouragement” as he began his courageous battle.

“All your messages have been inspirational to me. I always knew I had the best friends and family, but since my diagnosis of a brain tumour, I’ve really been blown away by your love and support,” he wrote.

Adding: “I’ll put up my best fight against this cancer. Barthez will be back.”

Leading the tributes were Portadown Northern Ireland Supporters Club, where Gary was a long-standing member.

“He has been a lifelong member of the GAWA and travelled far and near to support Our Wee Country, enjoying the craic whether it was a win, loss or draw. He truly loved being a member of our wee club and the various social gatherings, but his favourite was the Christmas Dinner with people doing a wee turn and enjoying each others story telling.

“He treasured the opportunity to share his love of the GAWA and membership of PNISC with his nephew Andrew. Our thoughts at this time go out to Raymond, Stella, Michael, Dawn, Judith, Andrew, Aušra and his circle of family and friends.”

Another described him as a “true gentleman and friend”, adding, “I will never have a Guinness again without thinking of you! Rest easy my bro.”

One man posted: “Once met, never forgotten but the type of character which has won the GAWA so many friends across Europe and beyond.”

“I knew Bartez through the local scooter scene and often met him on GAWA away trips,” wrote another friend. “He was such a character who will be sorely missed by all who knew him.”

A funeral Service will take place in Knocknamuckley Parish Church, on Thursday at 1pm, with committal following in Tullylish Parish Church graveyard.

Very deeply regretted and sadly missed by his loving girlfriend Ausra and the entire family circle.