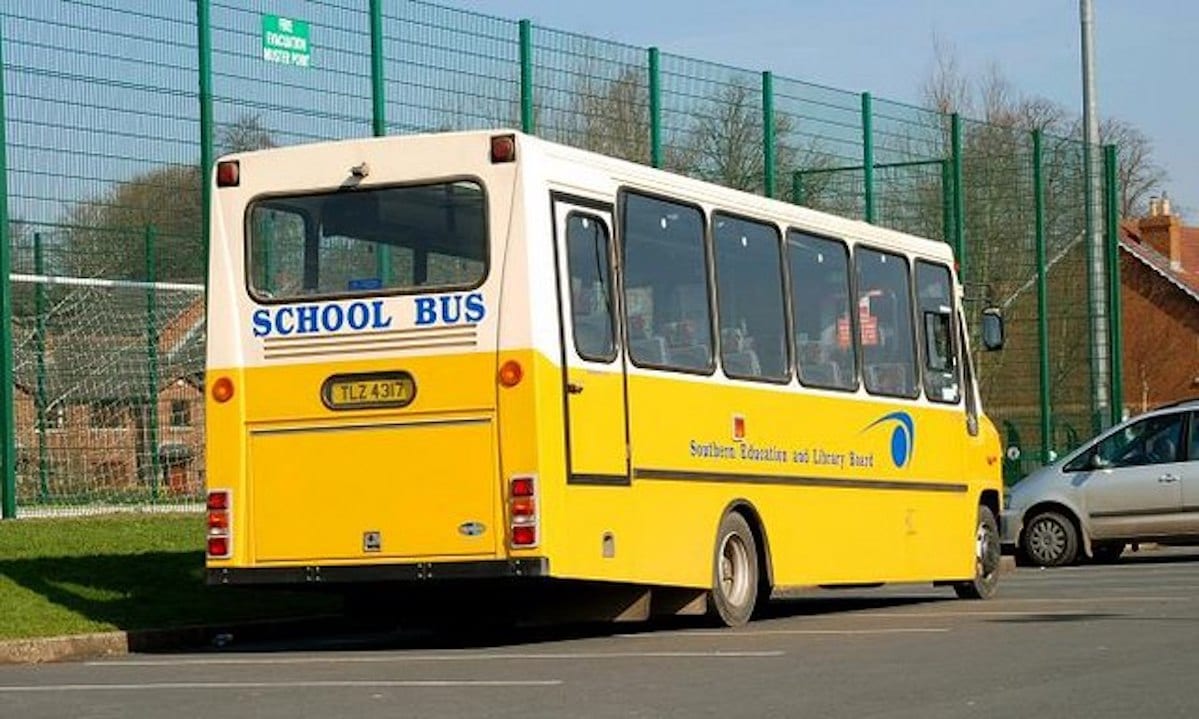 A formal investigation has been launched after a four-year-old boy with autism was left alone on a school bus for up to four hours last week.

Ryan Calvert, from Portadown, was supposed to arrive at Edenderry Primary School’s Learning Support Centre at normal opening times but did not arrive until midday on Wednesday, February 19.

A spokesperson for the Education Authority commented: “We can confirm we are investigating the circumstances surrounding an incident on a contracted private hire route involving a pupil attending Edenderry Primary School on Wednesday 19 February 2020.

“On becoming aware of this incident, we took immediate action as the safety and well-being of pupils is our primary concern.

“We take incidents of this nature extremely seriously and have offered our unreserved apology to the pupil and their parents.

“As this matter is under investigation no further comment can be made as it may be prejudicial to the process.”

Speaking to the Portadown Times, Ryan’s father John said: “It is just terrible that he was sitting there alone for all that time.

“I really don’t know how they managed to forget about Ryan on the bus.

“The first thing we did was to make sure the child was OK but I have reported it to the police.

“I believe it is neglect. They should have checked the bus.”

The DUP MLA commented: “ I am aware of this situation and have been in contact with the family to extend my deepest regret that Ryan was left alone in such a vulnerable position.

“It really doesn’t bear thinking about the dangers that this incident could have presented.

“I understand that the education authority will be conducting a full and formal investigation into the incident and the family deserve answers.”