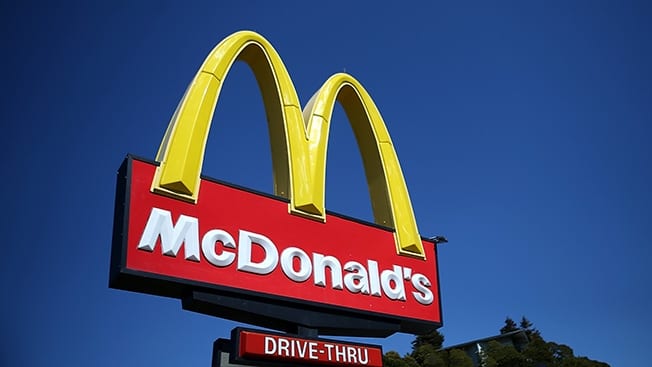 A Co Armagh McDonalds restaurant will close in the New Year.

But it will only be a temporary measure to allow for a major make-over.

Fast food will get a whole lot faster at the drive-thru restaurant at Meadow Lane, beside the Meadows Shopping Centre.

The world’s leading ‘on the go’ food franchise will be investing over £390,000 in redeveloping the facility.

Plans for the proposed work would see the provision of additional drive-thru window facilities.

The existing entrance lobby will also be demolished and rebuilt bigger.

There will be minor changes to the overall site layout and elevations too, including a new ‘folded’ roof, raised paved island and keyblock paving.

New glazing and cladding forms part of the plans and a new sliding entrance door will complete the development.

The proposals have been submitted to Armagh City, Banbridge and Craigavon Borough Council for consideration and are due to be publicly advertised next week.

McDonald’s Restaurants Ltd, meanwhile, will be hoping for a fast delivery itself in terms of a decision.

The Portadown outlet is one of Northern Ireland’s busiest.

Its busiest outlet is at Sprucefield and it is currently closed until the end of November as part of a £600,000 refurbishment there.

A spokesperson for McDonald’s told Armagh I that the changes in Portadown should be due to take place next Februry.

But he said it was “subject to change depending on a number of factors”.

The work would require a period of closure to fulfil but, when completed, the restaurant will have a completely new look and will better meet the needs of customers.

The investment in local outlets follows the recent opening of a new 24-hour McDonald’s in Banbridge.

But as for Armagh City – which remains on the ‘wish list’ for a future restaurant – ‘Big Mac’ fans will not be celebrating any time soon.

We asked – of course! – but the spokesperson said: “On Armagh, we have no current plans to open a new restaurant.”