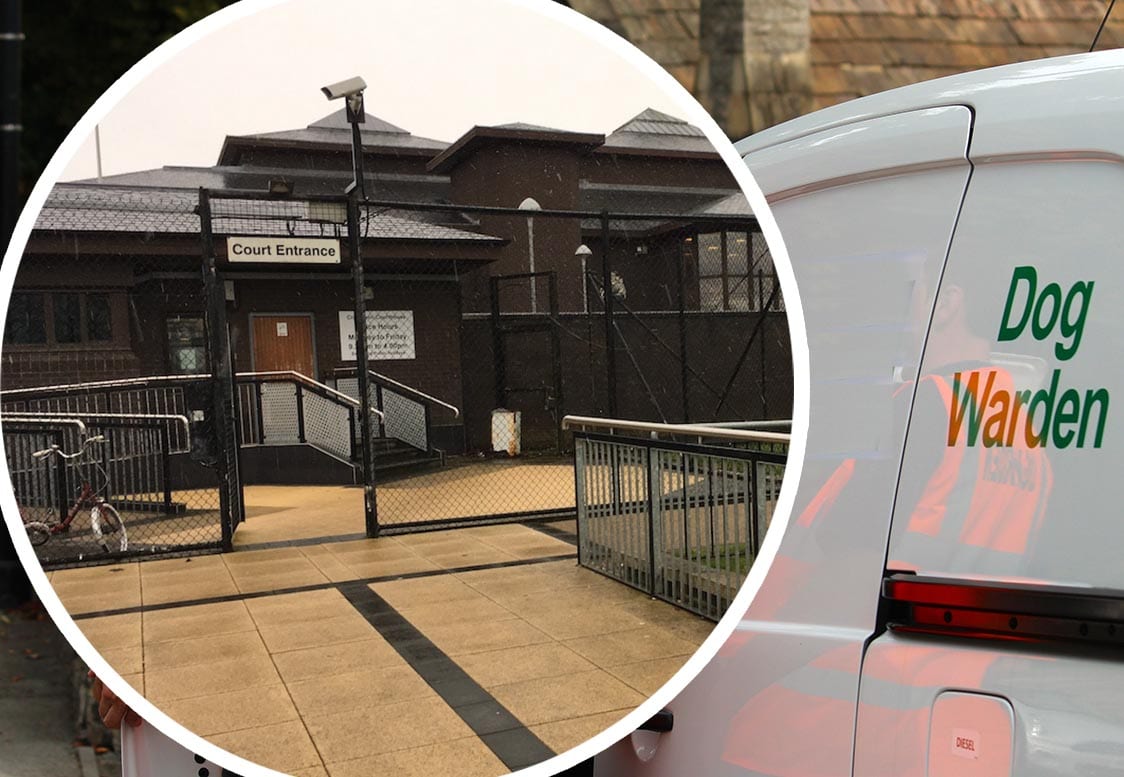 A Portadown man who “chose to buy alcohol over taking his dog to a vet” has been sentenced to two months in prison.

Court heard that the 37-year-old, who refused the imposition of a probation order, was also handed a lifetime ban on keeping pets.

It was heard that on April 22, a Staffordshire Bull Terrier was found at the back of the defendant’s home in Portadown.

The dog appeared malnourished and had an injury to its left eye.

It was tied by 1.5-metre of chain to a squalid kennel and had no access to food or water.

The Staffy was taken by the local dog warden as it was in need of urgent medical attention.

A veterinarian concluded that the dog had been enduring the ulceration to its left eye for some time and was severely underweight.

When interviewed, Keegan stated that he had been treating the eye ailment himself.

Defence solicitor John McAtamney said: “Mr Keegan has no relevant previous offences, he does have a considerable record but other than a speeding offence in 2015 he has not been before the court since 2005”.

He stated: “This was a case of passive neglect through there not being adequate water and food for the dog, rather than active mistreatment”.

Mr McAtamney explained that Keegan had been drinking for four or five days and had left the dog in a “poor state”.

Adding: “Mr Keegan had been on a binge and had neglected his responsibilities”.

Addressing the eye ulceration, Mr McAtamney stated that the infection dated back to October of last year.

He commented that the defendant had not been able to afford to take the dog to the vet and so treated it himself with saline drops.

District Judge Bernie Kelly stated: “Whilst I accept that this was a case of passive neglect, I also accept that Mr Keegan deliberately chose to buy alcohol over taking his dog to a vet.

“Anyone who wants to have animals as pets has to be responsible for them.

“Until society recognises this importance, it will not encourage proper responsible pet owners”.

Judge Kelly added: “Animals can’t ring up 999 and ask for help, all they can do is suffer”.

She said that there was only one penalty she could impose as the defendant was sentenced to two months in prison.

Keegan was also told that a lifelong ban was being placed on him keeping animals as pets.