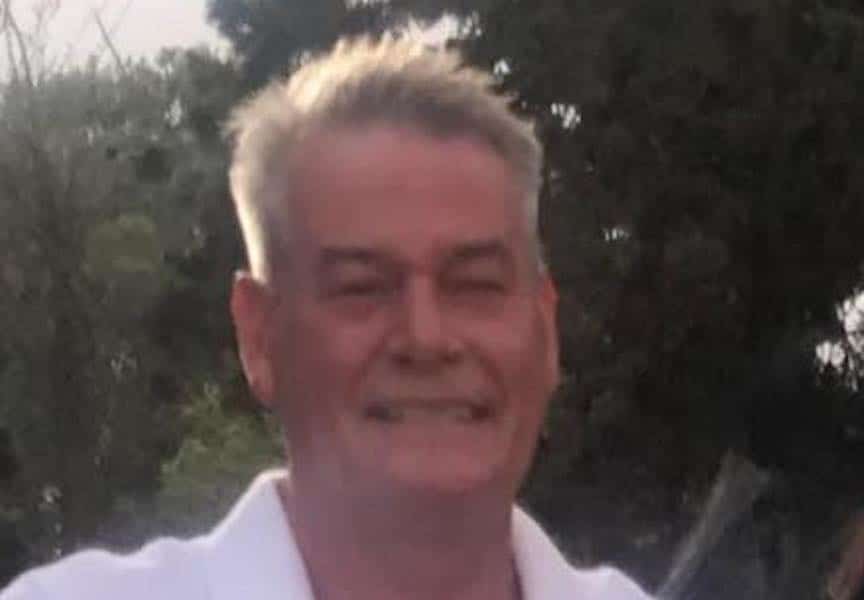 A sense of sadness has descended over Portadown following the shock passing of a well-known and much-loved newsagent in the town.

Liam Donaghy, who was a friendly face to all, passed away earlier today (Tuesday).

Liam, who was in his fifties, helped run the popular Winnie’s newsagents – named after his late mother – alongside his sister Marion on Woodhouse Street for many years. His smile, craic and brilliant personality endeared him to customers each and every day.

A death notice described Liam, of Kilmore Park, as the beloved husband of Maria, dearly loved father of Shea, dear son of the late Winnie and Willie and brother of Ann, Una, Teresa and Marion.

Liam will repose at his late residence from this evening (Tuesday) at 7.30pm.

Funeral on Thursday from his late residence at 9.15am to St. Patrick’s Church, William Street, Portadown for Requiem Mass at 10am. Interment afterwards in St. Patrick’s Cemetery, Stonebridge.

Moy councillor – and relative – Denise Mullen, said: “Our hearts are broken today, to lose such a great cousin and friend to all.”

Those sentiments were echoed by many who had the pleasure of knowing Liam, whether it be friends, or those who walked through the door at Winnie’s.

One person described the news of his passing as “surreal”.

Adding: “My first Saturday job was in Winnie’s when the family lived over the shop in the early 70’s. Some of the best days of my life with Willie and Winnie. My second family. Fond memories of Liam as a child who was hero worshipped by all especially Monica alias Dicker. Great reunion in Heaven now.”

One women wrote: “Heartbreaking news today…one of life’s true gentlemen, always time for everyone and loved the craic. Great to my son as a paper boy, a friendship that lasted to today. Will be sorely missed.”

Another commented: “Liam you were a true gentleman and an amazing friend. Just can’t believe it…you’ll never be forgotten, doesn’t seem real! RIP big man, till we meet again.”

One woman said it was “a terrible shock for the community this morning”.

“Liam was a gentle giant, loved the banter and craic in the shop. You couldn’t give Marion a compliment of how hard she was working without Liam saying how he was up earlier than Marion and putting in his two cents. Rest in peace Liam you will be sadly missed!”

Another added: “So very sorry to hear about Liam; absolutely shocked. Such a beautiful, vibrant person who always made it a pleasure to go into the shop. Rest in Peace Liam you’ll be sadly missed.”