Pictured: Elf on the Shelf dad Alan – and Mr Jingles – go above and beyond for daughter Darcie! 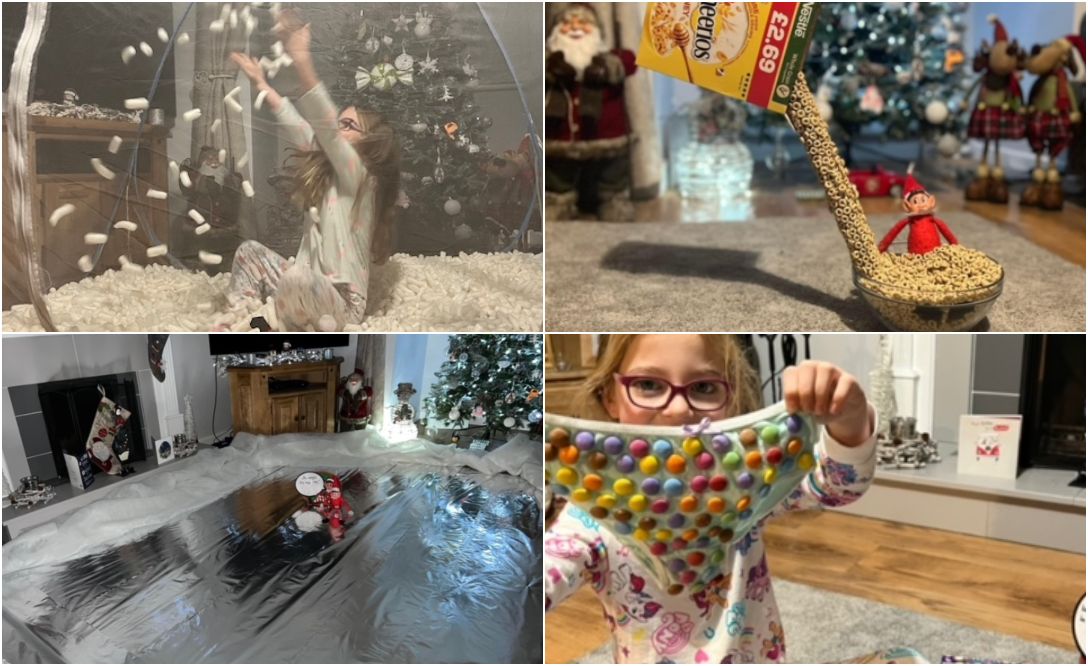 T’was the night before Christmas and all was quiet – well, at least it’ll be in the Hooks’ household in Portadown.

For last night (Thursday), they bade farewell to Mr Jingles for at least another 335 days – or thereabouts.

Their intrepid Elf on the Shelf has captured many hearts and minds but none more so that Alan Hooks’ seven-year-old daughter Darcie.

We caught up with Alan at the beginning of December to get the run down on his Mr Jingles’ antics – but we just had to find out what he got up to throughout this month.

Where does Alan get his ideas? Well, admittedly he’s fresh out of them…

“I just about used up all my ideas this year, so next year will be tough,” he told Armagh I.

“Darcie has loved it, especially the live sized snow globe. The hardest part this year was working later than usual as I had a backlog from being off with Covid, so I wasn’t home some nights until 11pm, but always managed to get them made up for her.”

It’s fair to say Mr Jingles – and Alan – became a bit of a local Christmas celebrity when we first reported the story.

“The reaction to the article has been amazing,” said Alan. “All my clients mention it when they are in and my wife and step daughter have been asked about it.

“We were actually at the cinema a few nights ago and a voice from four or five rows back shouted, “what’s the elf doing tonight?”

“We have gotten so many private messages too, asking about the ideas and where we get the materials etc., so I seem to be helping others with ideas, which is great!

“Thursday was the last night, so there were lots of tears earlier. Darcie said she wants to be excited for Christmas Eve but she’s just so sad Mr Jingles has left.”

We have a funny feeling Santa will make up for his absence.

This photo below was Mr Jingles’ final act of 2021 – Darcie’s Christmas Eve box. Here are a few of the other highlights from earlier this month…. The floor is lava… Life sized snow globe – which Alan says was popular with parents who have autistic kids or sensory disorders.