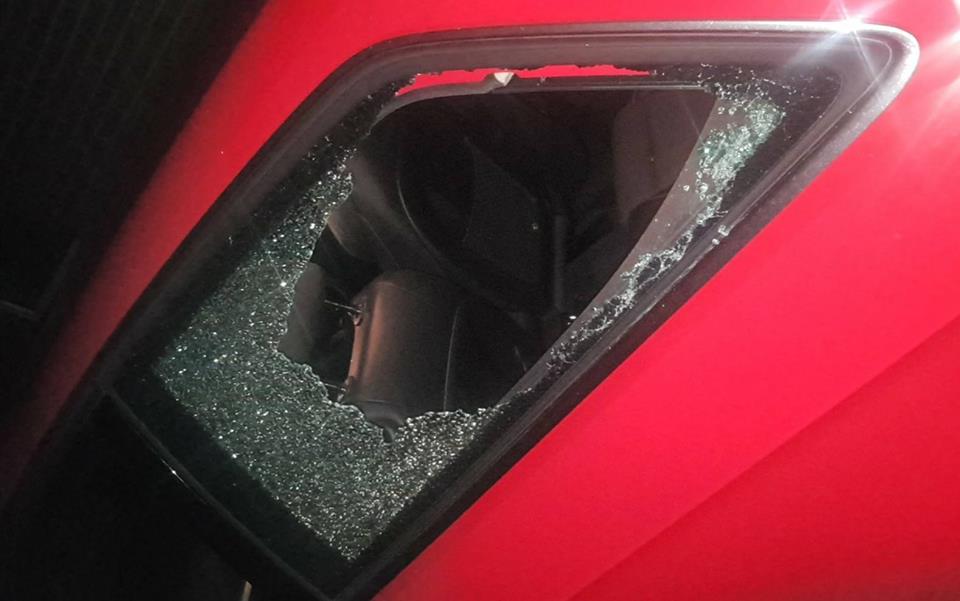 A teenager was ‘flung’ head first through a window of a car which had stopped at a set of traffic lights in Portadown on Saturday night.

The incident was a result of a mass brawl in the High Street area of the town shortly before midnight.

A PSNI spokesperson said: “Around 11:45pm on [Saturday] night a crowd of around 20 were involved in a fight in the middle of High Street Portadown.

“Most of these were youths, however in the midst of it a male described as in his early to mid 30s, bald, wearing a blue wind breaker jacket was punching a much younger fella.

“The youngster tried to run away from him towards the direction this car, which was stuck at the lights, but was allegedly caught, punched, then flung head first through this window. He may have then run off towards the Portadowner pub.

“We want to hear from anyone who witnessed this, particularly those with dash cam footage. Where it was, there must be someone with footage.

“Were you involved? Were you assaulted by a male matching that description? If that was you, get in touch.

“This sort of carry on has no place in our towns, where people should be enjoying their nights out peacefully and without fear of this kind of thing.”

Portadown DUP councillor Darryn Causby said he is “gravely concerned about the level of violence prevalent in Portadown at the weekends”.

“This madness needs to stop,” he added. “It only takes one punch to kill someone and I am pleading with young people, older people and everyone in between, stop and think before you get yourself involved in a fight!

“This damage was caused by a teenager. No, not throwing something, but being thrown through it!”