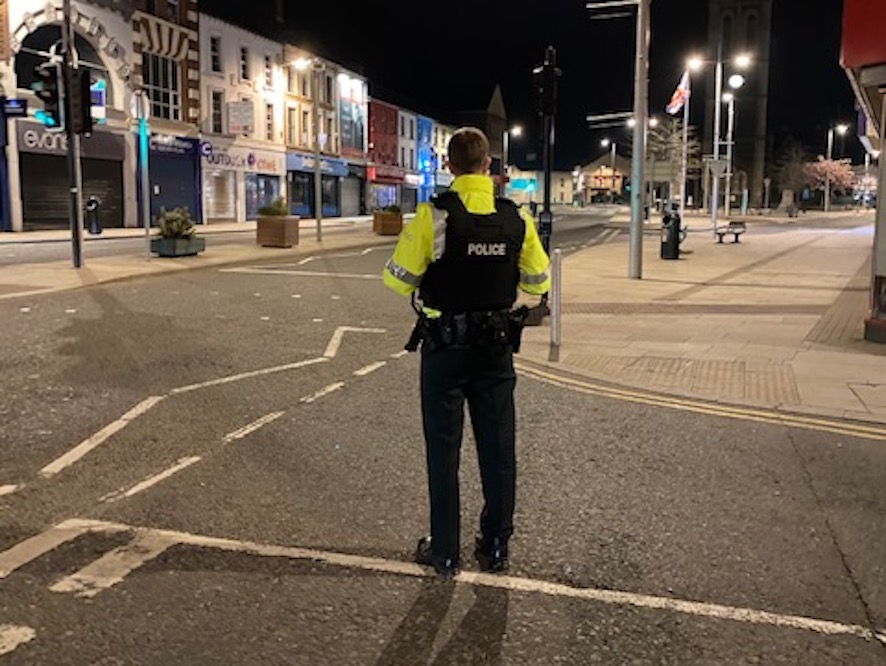 A man has been arrested following a number of incidents in the Lurgan area on Saturday morning.

Police received reports that an Alpha Romeo car was stolen in Boconnell Lane area of the town in the early hours.

A PSNI spokesperson said: “Our crews quickly got behind the vehicle but it failed to stop and made off.

“In the following hours, further reports came in of vehicles having been taken, including a tractor and fork lift trucks.”

Later on Saturday afternoon, following some “tenacious work” a man was arrested for 14 offences including burglary, driving whilst unfit, driving whilst disqualified, failing to stop for police and vehicle interference.

The incidents police are dealing with are in Boconnell Lane, Avenue Road, Springhill Road in Magheralin and the Dromore Road.

The spokesperson continued: “Did you see a blue Ford Tractor between Magheralin and Avenue Road on Saturday morning around 10.30am? Or a red Alpha Romeo anywhere between Boconnell Lane and the Dromore Road between 2 and 3am this morning?

“If you have a dash cam and were out and about, please check it.

“Finally, have you lost a number of foreign coins? We’ve recovered some which may well have been pinched!
If you can help with any of the above, please call 101 immediately. The reference number is 583 of 20/02/21.”

Meanwhile, in Portadown three police officers were kicked and another suffered a hand injury after responding to a disturbance at a house in the town on Friday night.

In the last 24 hours, 5 police officers attacked and injured for just doing their job and 2 officers enter the sea and rescue a woman. Wishing all a speedy recovery @PoliceServiceNI @PoliceFedforNI pic.twitter.com/SAJjbXuJnI

SDLP Policing Board member Dolores Kelly said: “The attacks on police officers over the last 24 hours are disgraceful.

“These officers are trying to protect our communities, responding to incidents that have been brought to the attention of police.

“They shouldn’t be subjected to violence in the course of their duties.

“I wish the officers a speedy recovery and hope that those responsible will be held accountable for their actions.”