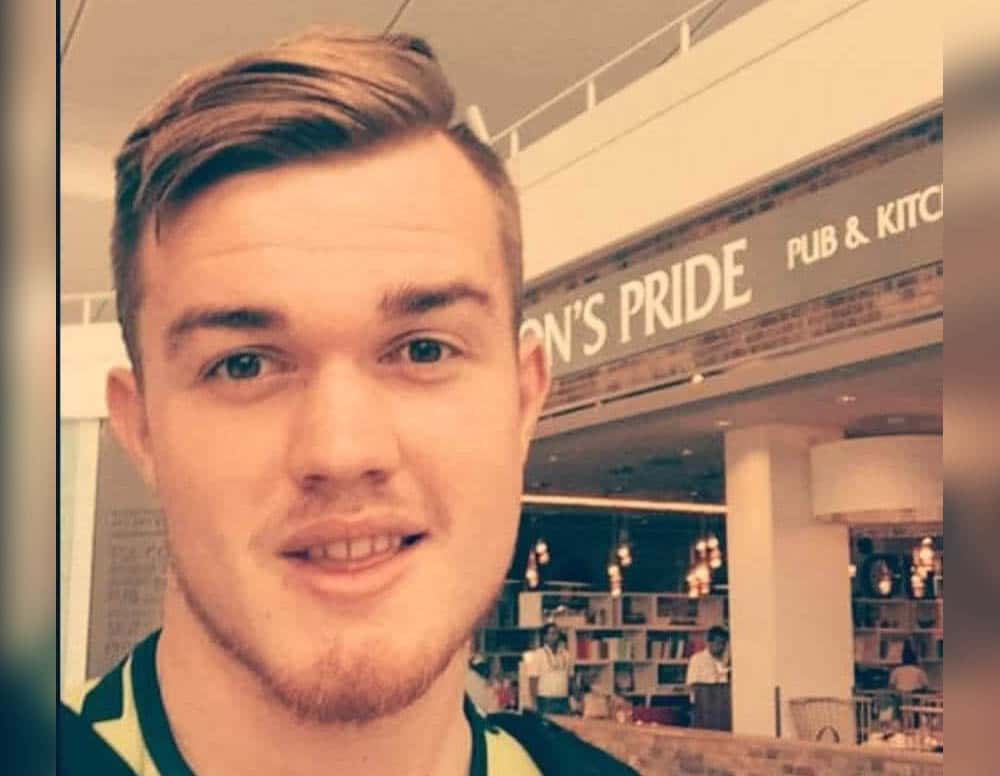 A sense of shock and grief has filtered through the wider Portadown community following the death of an admired young businessman on Monday night.

Jake Bailey-Sloan, collapsed moments after being assaulted in Portadown town centre, during the early hours of Sunday morning.

The 23-year-old was rushed to hospital, and despite the brave and best efforts of doctors, never regained consciousness.

The outpouring of grief and emotional tributes have been testament to a young man who set up the hugely popular ‘The Mill NI’ in 2017 – transforming a derelict textile mill on Bleary Road into an indoor adventure centre.

Speaking to Armagh I at the time about opening his business , the then 19-year-old, said: “The whole project has been awesome, it gives me butterflies thinking about it.

“It sort of snowballed to be honest. It started out as something smaller and then just became quite big and feedback so far has been really positive.”

Over the intervening four years, the business has no doubt gone from strength-to-strength.

Jake, originally from Tandragee, moved to South Africa with his mum Lee Ann, where his grandparents David and Valerie were living, before returning to Portadown. It was here where his dream of owning and running a business became a reality.

Independent Councillor Pau Berry, paying tribute to “a really good guy”, commented: “I am totally shocked and devastated to learn of the sad and untimely passing of Jake.

“I had the pleasure like so many of knowing him and he was such a really good guy who always looked out for others, he was caring, thoughtful and all round really good guy.

“I remember when he came to meet me over a coffee when he shared with me his vision for developing The Mill a few years ago and seeking help and advice on planning issues etc.

“He was bursting with energy and enthusiasm and the development was a real legacy to him.

“Our thoughts and prayers are with the whole family circle at this tragic and sorrowful time.”

Others have offered their own tributes; one describing Jake as “one of the kindest souls I’ve ever met…would’ve done anything for everyone… Jake you were an absolute legend, taken far too soon. Fly high.”

Another added: “Jake, we love you so, so much and you will forever make us proud..our hearts will never be the same again.”

“One of the most kind hearted guys I have met, would do anything for anybody,” said one friend. “You were taken far too soon. Thanks for all you have done for this community and me, you will never be forgotten my friend. RIP Buddy.”

Another friend wrote: “It still doesn’t feel real at all… thank you for being an absolute legend of a friend to all of us, and for always helping out where you could. You had the kindest heart with a hilarious sense of humour. Heaven has gained a true legend. Rest easy my boy.”

Another tribute read: “Last night, I got word that you had passed on to the next life. Today we all struggle with the reality that you are not here and that you won’t be tomorrow.

“It has been an absolute privilege getting to know you and every single day I’m profoundly grateful for the opportunities you gave me.

“It really only feels like yesterday you brought us into The Mill family where everything changed for the better!
Always and forever with us. Until we meet again brother.”

“The tragic loss of a friend is hard to accept,” wrote another. “This world is unfair. Jake was a fantastic human being with great morals and an extremely successful business owner at a young age. Jake will be missed.”