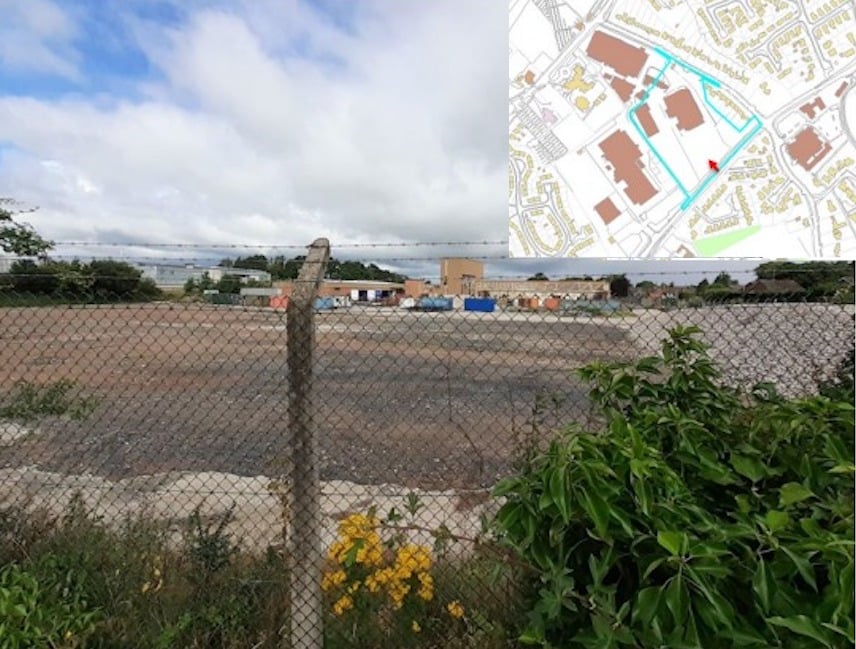 Armagh City, Banbridge and Craigavon Borough Council’s planning committee has approved an application to bring 53 new homes to Portadown in what will be an £8 million redevelopment of a currently vacant site.

Lodged by agent Donaldson Planning Ltd on behalf of applicant Hilmark Homes Ltd, the application seeks permission to create a proposed mixed-use development of 53 homes, research and development units in four blocks and car parking and associated open space at lands at 19 Church Road, extending from the rear of 1-17a Church Road and south and east of Glen Dimplex’s premises on the Lurgan Road.

It will also have 109 in-curtilage parking spaces and 46 on-street visitor parking spaces. Plans are also in place for the planting of 80 new heavy standard trees and 36 feathered trees, with boundary and ornamental planting throughout the site and communal open space laid out in grass.

In terms of the research and development units, three two storey buildings of four units (a total of 12 units) and a one three storey building with six units is proposed.

There will be 107 parking spaces for these units set across three distinct parking areas within the northern portion of the site which will be well defined from the proposed housing with an area of open space abutting the boundary between the two uses.

The application appeared before the committee on Wednesday, August 3 as it is considered a major application.

Members of the committee were made aware three objections had been received concerning the proposed development. Among the primary grounds for objection were concerns the proposal could create a traffic hazard or it could exacerbate existing congestion on the Lurgan Road. Concern was also expressed that the access to business units on Church Road will cause a nuisance.

However, a report presented to members of the committee ahead of the meeting notes that following a policy assessment and planning balancing exercise, officers are of the opinion the proposed development complies with the area plan, SPSS and all other relevant planning policies.

Speaking in favour of the application, Donaldson Planning Ltd’s Grainne Rice, said the development will not only offer high quality housing but will also house Hilmark Homes Ltd headquarters and marketing suite.

“The overall construction value for this site is at least £8 million with approximately 50 construction jobs maintained each year over the construction period.

“The business park will also provide long term employment benefits for the area. It will regenerate a run down and dilapidated yard which has been an eyesore for many years.”

Alderman Glenn Barr asked what time construction work on the site will be restricted to, should permission be granted and was told that work can only take place from 7:30am to 5:30pm Monday – Friday and 7:30am – 1pm on Saturday.

Work will not be permitted at any time on Sunday, bank or public holidays and this is a normal condition for a site in close proximity to residential developments.

Praising a “very comprehensive report”, the committee’s chair, Councillor Kevin Savage said he was of the view that “everything seems to tick all the boxes and it seems to be another good investment in the borough”.

Councillor Darryn Causby also praised the report and said the site, as members will know, has been “redundant for some time” and noted the current hedge and fence line along the site’s boundary with the Lurgan Road is proving to be particularly unsightly.

“Those who are inclined to be out walking more than I definitely will appreciate a much tidied up space,” he said.

“Notwithstanding that I appreciate there are, what I would consider, some minor objections to this proposal and I feel they have been dealt with fairly robustly by planners and by the conditions attached to the application.”

Alderman Kenneth Twyble said he would concur with everything that has been said and described it as a “very welcome project” telling the chamber the proposed additional lane at the corner of Church Road could prove “very valuable” for traffic coming from Portadown turning left onto Church Road.

Councillor Ciaran Toman said he had some concerns about the traffic in the area, particularly because of its proximity to Craigavon Area Hospital but told the chamber the report has “alleviated any concerns” he had and welcomed the application.

A proposal to approve the application was brought forward by Alderman Kenneth Twyble and seconded by Councillor Darryn Causby with members of the committee in support of the proposal.

A proposal to approve a separate application to erect a 3m high acoustic fence along the top of the embankment adjacent to and immediately east of the Glen Dimplex Factory was put forward by Councillor Peter Lavery and seconded by Alderman Kenneth Twyble with the committee also in support of this proposal.