Football match in memory of Portadown man raises over £4,000 for health fund 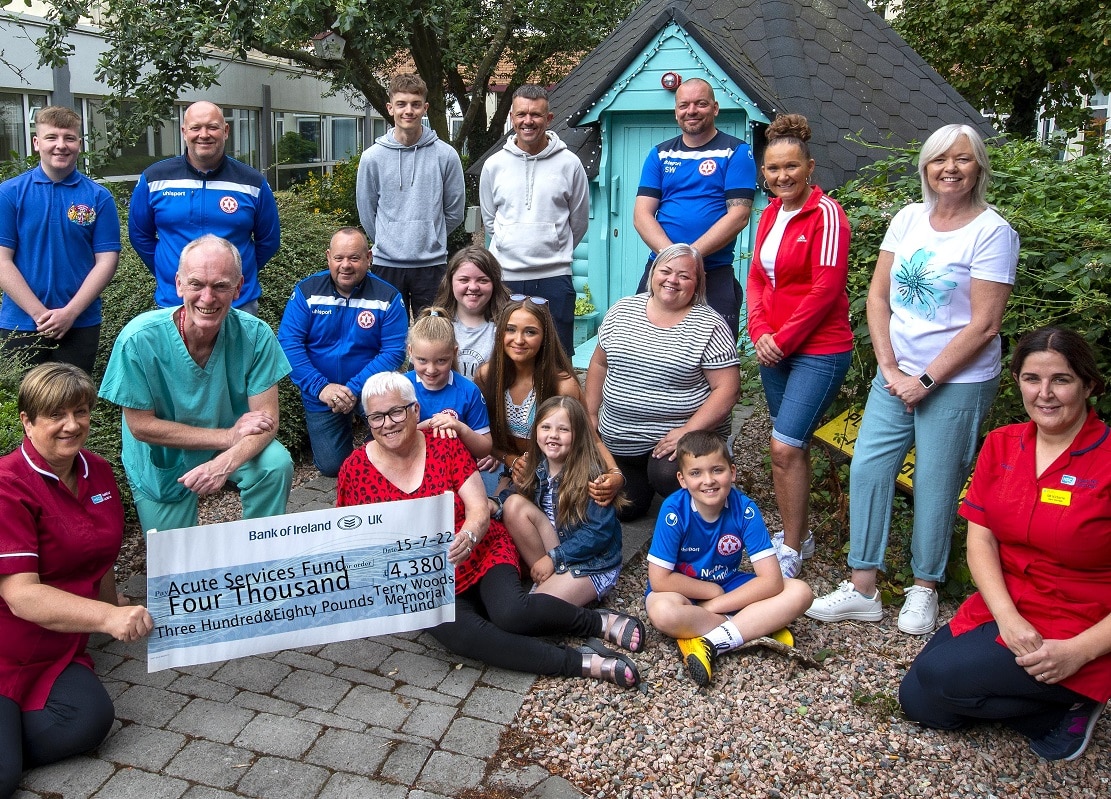 A total of £4,380 has been donated to the Southern Trust’s Acute Services Fund in memory of a Portadown man.

Mr Woods passed away on March 5 at Craigavon Area Hospital and the match was organised by Hanover Football Club and Portadown True Blues.

Victoria Burnett, clinical sister at Craigavon Area Hospital, said: “It is so touching that Hanover Football Club and Portadown True Blues chose to raise funds whilst bringing both teams and the community together to remember Terry.

“The impact their donation will have to the Acute Services Fund will make a real difference to its patients and staff.”

The Woods family have thanked everyone who supported the event, donated and came along on the day.