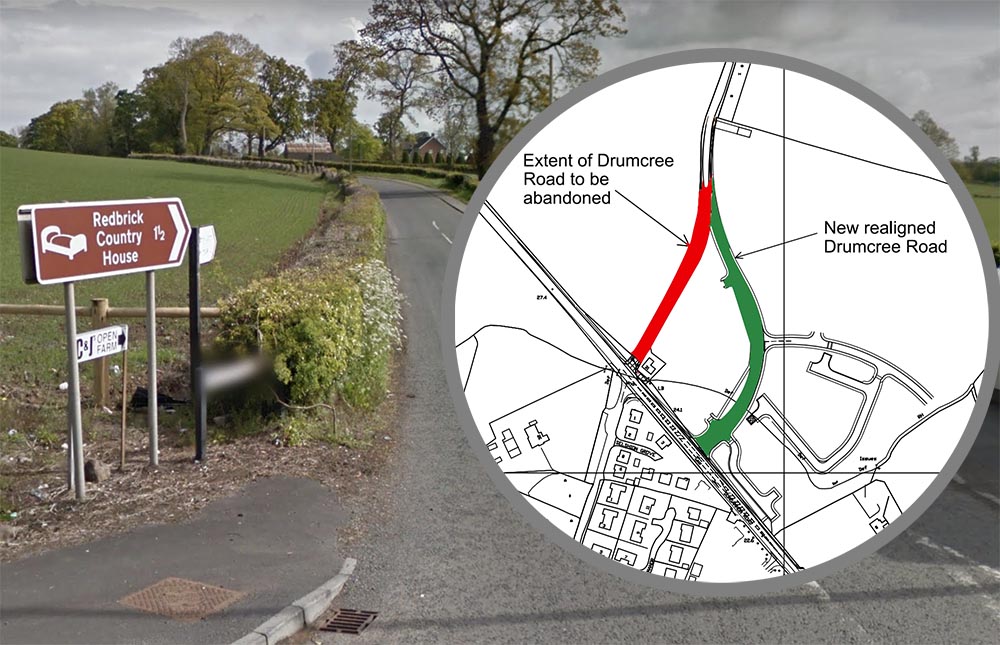 The decision to drop plans to abandon a section of Portadown’s Drumcree Road has been welcomed by members of both the DUP and Sinn Fein.

In August last year, members of Armagh City, Banbridge and Craigavon Borough Council were made aware of proposals from the Department of Infrastructure (DfI) to abandon a section of the Drumcree Road.

The section in question is used by the Orange Order during parades to and from Drumcree Parish Church and if the plans had gone ahead, it would have seen the parade rerouted through a residential development – The Spires.

At the time, the proposal was opposed by Alderman Sydney Anderson who said it “could create great difficulties” going forward and proposed Council object to the potential abandonment of this section of the road.

The proposal was supported by the majority of the chamber including Sinn Fein, with Portadown councillor Paul Duffy explaining he too had been contacted by concerned residents and had “no objections to [Alderman Anderson’s] proposal”.

Now, at a meeting of Council’s planning committee held on Wednesday, July 7, members of the committee were told that as a result of a planning issue, the Drumcree Road will no longer be realigned.

As such the developer of The Spires has requested a section of the development not initially covered by that name, as it would have been on the other side of the rerouted Drumcree Road, be included within the street name The Spires.

Councillor Paul Duffy said “the right decision was made” not realigning the road and proposed the request to include this section of the development within the street name, The Spires, be approved.

The proposal was seconded by Alderman Sydney Anderson who said “common sense has prevailed”.

“It is great to see the objections and our concerns have been listened to,” said Alderman Anderson.

“I am more than happy to second this proposal and am glad to see that common sense has prevailed.”

A DfI spokesperson said the Department decided not to pursue the road’s abandonment following Council’s opposition to the proposal.

“The Department went through the process of producing a draft stopping-up order and abandonment order in 2020 of a section of Drumcree Road due to visibility safety issues,” said the spokesperson.

“Following a consultation process the council did not support the proposal and the Department then decided not to pursue the legal process of stopping-up and abandoning the section of road.

“The Department is of the understanding that the adjacent developer is taking forward a redesign of a housing layout.”