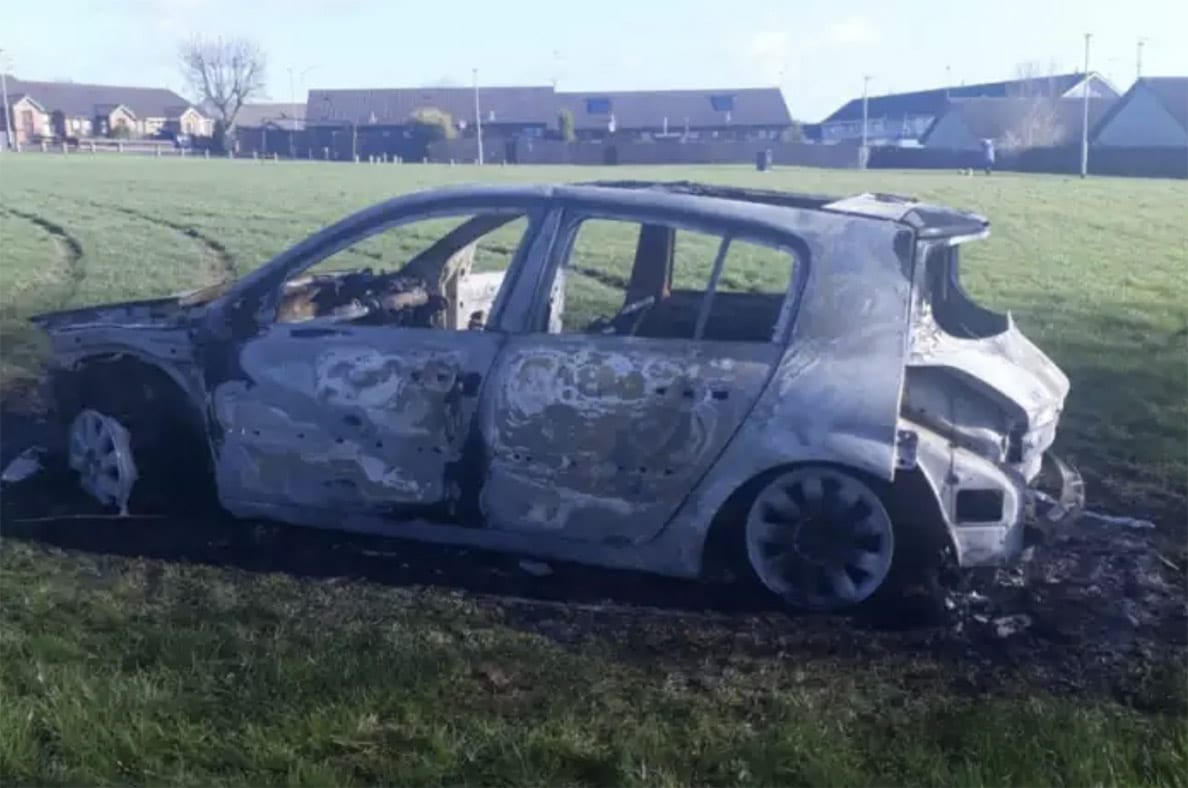 A car was set alight and abandoned by two men in the middle of a housing estate in Portadown in the early hours of Tuesday morning.

Police said they are looking for two suspects after the car was discovered in the Ballyoran Park area of the town this morning.

Inspector Graham said: “We are appealing for information after a vehicle was set alight and abandoned in the Ballyoran Park area of Portadown in the early hours of this morning.

“Shortly after 1.30 am it was reported that a Renault Scenic was set alight and abandoned in the area by two males who then made off from the scene.”

Sinn Féin councillor Paul Duffy added: “I want to condemn those involved. Prior to burning out the car those involved were driving recklessly and irresponsibly in a manner that had the potential to endanger life.

“To then burn the car out demonstrates a complete lack of thought for the local community.

“Anyone who witnessed this behaviour should contact the PSNI immediately.

“I have been in contact with all relevant agencies and have sought assurances that the car will be removed within the next 24 hours.”