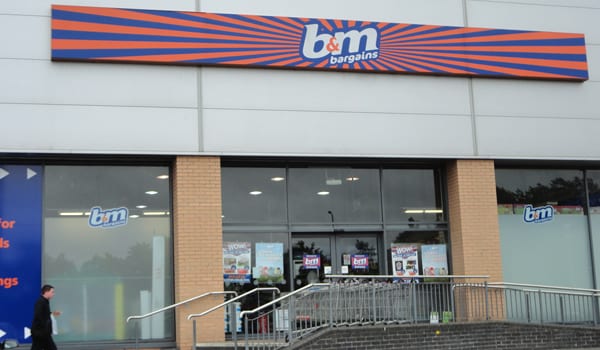 B&M Bargains could be the next big name retailer on the move in Portadown.

Armagh I can reveal that the discount high street name is interested in leaving its current base at Magowan Buildings.

But it has no immediate plans to quit the town altogether.

Speculation has grown that B&M Bargains might have been prepared to come on board as a new anchor tenant at the neighbouring High Street Mall.

It has suffered several major blows of late, with the loss of Dunnes Stores and Argos and Intersport House of Sport about to relocate to a vacant unit at Rushmere Shopping Centre in Craigavon.

B&M Bargains opened its first store in Blackpool and now boasts more than 500 outlets across the UK.

Next year the retailer will mark its 40th anniversary.

Armagh I understands that plans are in place for major changes at a number of stores in Northern Ireland over the next number of years, with possible expansions and more jobs.

Home Bargains already operates at High Street Mall and both Poundland and Poundstretcher have substantial premises side by side in Magowan Buildings.

Leading property agent DTZ McCombe Pierce has this week advertised the B&M store – described as having a “superb location fronting the main town centre car park” – as being available to let.

It also says incentives are available to “approved tenants” for the unit, which is in excess of 7,000 sq ft.

B&M Bargains have been based at the present location for the past 13 years and its lease will expire in 18 months time.

A spokesperson for the company confirmed to Armagh I that it would be in the market for a ‘change’, so to speak.

She said while there are “no immediate plans to relocate” they are open to moving and “would welcome the opportunity to relocate if an appropriate relocation in Portadown can be achieved”.

Meanwhile, the ‘competition’ – Home Bargains – have voiced their delight at how they have been received since opening their huge Armagh store at Alexander Road.

It threw open its doors on Saturday morning, after an investment in the region of £600,000 and creating some 50 new jobs.

The unit – which includes a cafe – has been well received.

Joe Morris, operations director at Home Bargains, told Armagh I : “The store opening was a great success and we’d like to thank Armagh residents for their warm welcome.

“We’re thrilled by the response we’ve already seen from shoppers in Armagh and are looking forward to seeing even more new customers come through the doors.

“We’d also like to thank all staff members for ensuring the launch day ran as smoothly as possible.”