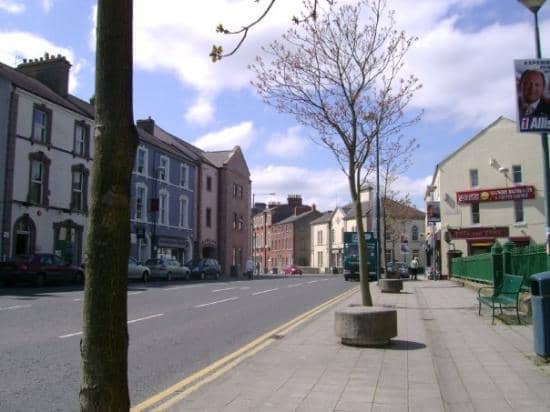 A £2.8m development fund to improve linkages to Portadown town centre has been announced.

Social Development Minister, Lord Morrow MLA, said: “My Department has previously funded a number of public realm improvements in Portadown so I am pleased to be able to launch this scheme to link up these rejuvenated areas.

“Access to the key parts of the town centre will be improved, maximising the impact of this regeneration work. This will make Portadown more inviting, increasing interest and making Portadown more attractive for people who visit, shop and work in the town.”

– improve linkages and connectivity between key developments;
– improve the physical appearance of gateways to Portadown town centre; and
– improve the quality of experience for the town’s residents and visitors by creating a more attractive area to work, shop and relax.

The Minister continued: “This significant project demonstrates my Department’s commitment to working in partnership with Councils across Northern Ireland to improve the economic, environmental and social conditions in our towns and cities.”

Lord Mayor, Darryn Causby, said: “I am delighted with the announcement of £2m of funding for the Portadown Linkages scheme which together with a Council contribution of £800,000 will see a total investment in the region of £2.8million in a number of key locations within and near to Portadown Town Centre.

“Portadown is a growing and dynamic place, and this further commitment from DSD will help to strengthen the town’s varied local and regional roles. The scheme will also complement the Portadown Public Realm scheme which transformed the town centre, while also helping to connect the town centre to key locations such as the Peoples Park and the River Bann, providing a consistently high quality of streets, spaces and places.

“This project is yet another illustration of Councils’ effective working relationship with DSD, with whom we have delivered real change for the people of the Borough. I look forward to developing further regeneration initiatives in partnership with DSD, and thank the Minister for his Department’s ongoing support.”