Police warning to public after woman’s handbag stolen from car 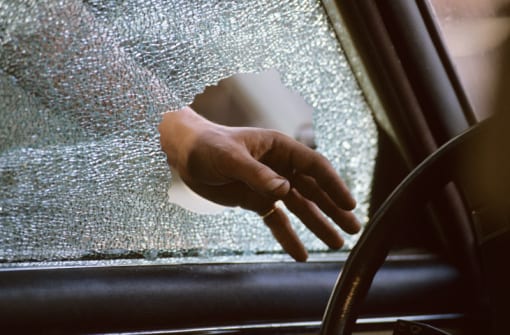 A woman has had her handbag stolen from a car in Scarva.

The incident – which happened in the Scarva Park area – happened in little over half an hour.

The bag had been left in a silver coloured Mercedes.

Sometime between 11.5am and 12.30pm on Saturday, an opportune thief smashed the window and took the bag.

Some of the contents were later found dumped in the Tullylish area, between Gilford and Banbridge.

Police have appealed to anyone with information on the incident to get in touch them on the non-emergency number 101, using reference no. 555 03.12.16.

While the handbag was out of view on this occasion, the theft has prompted a reminder from police to be careful with valuables.

“Ensure that all valuables are secured away and not on view when you park your car,” they said.

“We have recently launched Op Seasons Greetings, and this is one of the types of crime that increases in the run-up to Christmas, especially as cars tend to be left full of presents and handbags etc, as people go about their Christmas shopping.”