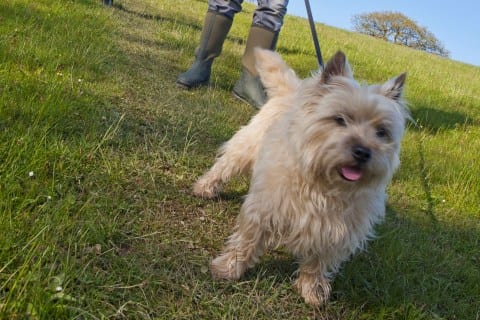 It’s the first day of the new ‘zero tolerance’ approach to dogs straying after the official beginning of Armagh City, Banbridge and Craigavon Borough Council.

And, Armagh I can reveal, it has been a busy day for dog control staff.

No less than seven stray dogs were impounded in the Armagh area today.

Two have been returned to their owners, who have each walked away with £75 fixed penalties for falling foul of the legislation.

The other five remain at the pound awaiting collection, and their owners awaiting fixed penalties!

Failing that, if an owner does not cough up within 28 days, the council will take legal action for failure to pay a fixed penalty notice.

The new zero approach for straying dictates that “any dog found not under the control of its owner/keeper (straying) will be issued with a £75 fixed penalty”.

It came into effect as of midnight last night (Tuesday), when Armagh City and District Council became part of the new Armagh City, Banbridge and Craigavon Borough Council

The council will be enforcing new policies for Dog Control, which includes this zero tolerance policy for straying and not having a valid dog licence, resulting in a £75 fixed penalty for EACH offence.

For further information, check out ‘Dog Pound at Armagh City, Banbridge and Craigavon Borough Council’ on Facebook – you can make contact via private message or call 028 3752 9623.