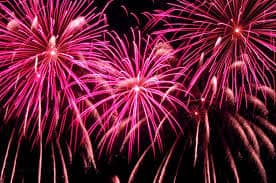 The Mall in Armagh will be ‘pretty in pink’ with a pre-race concert for the Giro d’Italia on the evening of Saturday, May 10.

Featuring DJ Chill, local band The Hanna Sisters, a Pink tribute act, singers from NI Opera and finishing with headline act Flash Harry, the Queen tribute, all things cycling, pink and Italian will be celebrated.
The evening will end with Armagh’s skyline turning pink as a dazzling fireworks display forms the grand finale.
But there will be much more besides, as 165 countries worldwide prepare to watch the race pass through.

Armagh City Centre prepares for the Big Start of Day 3 of the Giro d’Italia with a full programme of events taking place in the run-up to the arrival of over 200 of the world’s top professional cyclists.

Northern Ireland will host the opening stages of the Giro d’Italia in 2014, considered to be second only to the Tour de France in terms of prestige in the cycling world.

The Grande Partenza or ‘Big Start’ of the Giro d’Italia will take place over three days from May 9 to 11, reaching Armagh on May 11. In preparation for this huge sporting event, Armagh has a wide variety of events planned for the Saturday.

There will be music throughout the City Centre, as well as a speciality Italian/Armagh Market, from noon until 7pm, and family entertainment and activities.

Historic buildings will also be opening their doors for the day before the big concert, which begins at 8pm and runs until 11pm, before the spectacular fireworks.