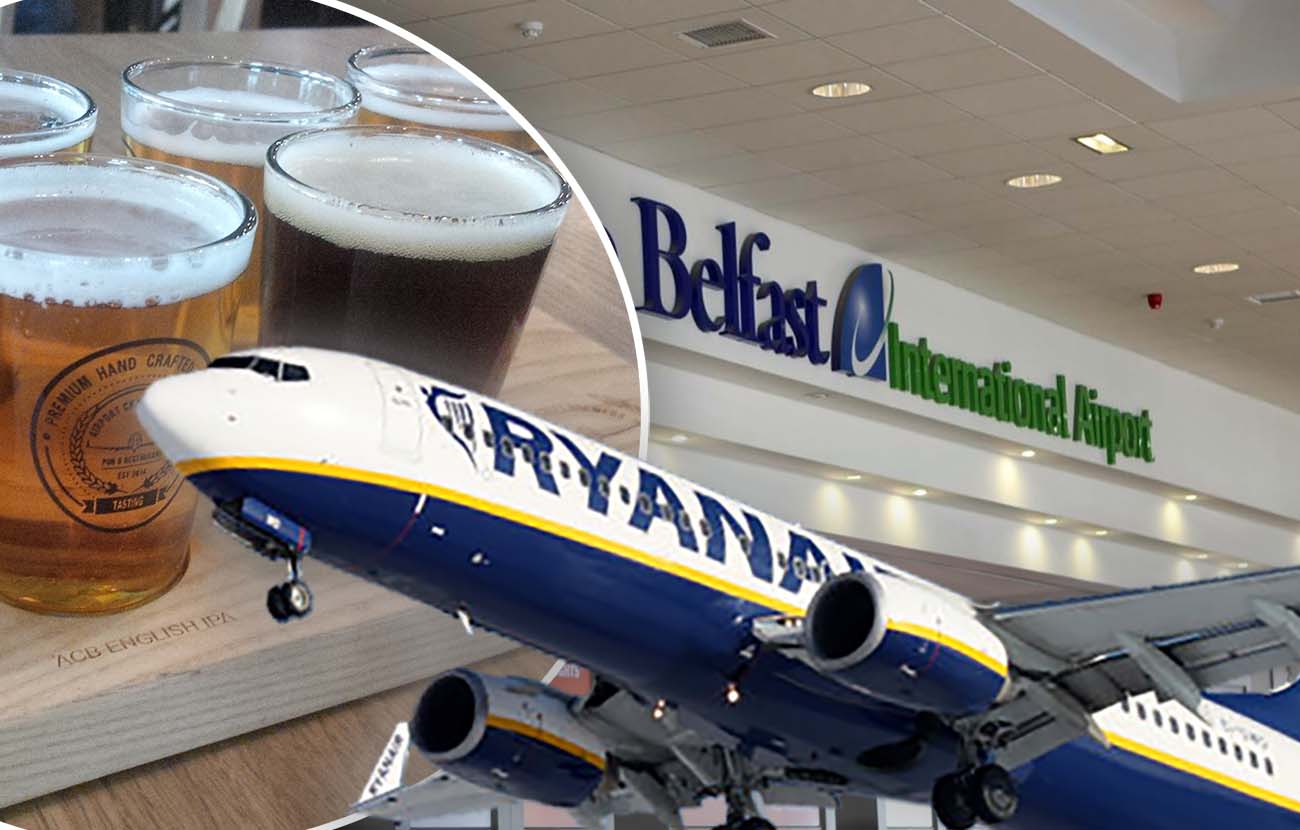 Boozy pre-flight sessions in airports could be a thing of the past if Ryanair get what they want.

The budget airline has called on UK airports to enforce stricter rules, which would include a a two-drink limit.

The airline already bans people flying from Glasgow Prestwick and Manchester to Alicante and Ibiza from bringing alcohol on board the aircraft at all.

Ryanair’s Kenny Jacobs said: “This is an issue which the airports must now address.

“We are calling for significant changes to prohibit the sale of alcohol at airports, particularly with early morning flights and when flights are delayed.”

Ryanair says the Civil Aviation Authority reported a 600% increase in disruptive passenger incidents in the UK between 2012 and 2016, with most incidents “involving alcohol”.

According to a Panorama investigation The Home Office is considering calls for tougher rules on alcohol at airports.

Currently, licensing laws which prevent the sale of alcohol outside permitted hours do not apply to airside sales of alcohol at UK international airports.

Bars can remain open to serve passengers on the earliest and latest flights – from 4am in some cases.

However, entering an aircraft when drunk or being drunk on an aircraft is a criminal offence, with a maximum sentence of two years’ imprisonment.

A former cabin crew manager with Virgin, Ally Murphy, quit her job last October after 14 years and told Panorama: “People just see us as barmaids in the sky.

“They would touch your breasts, or they’d touch your bum or your legs. I’ve had hands going up my skirt before.”

Should there be a limit on alcohol consumer at airports prior to boarding? Tell us what you think in the comments below.