'Re-opening in Summer 2021 as Elephant Rock, we will be offering a boutique hotel experience, with beautifully appointed guestrooms, a stunning speakeasy-style cocktail lounge and a casual street-food dining concept' 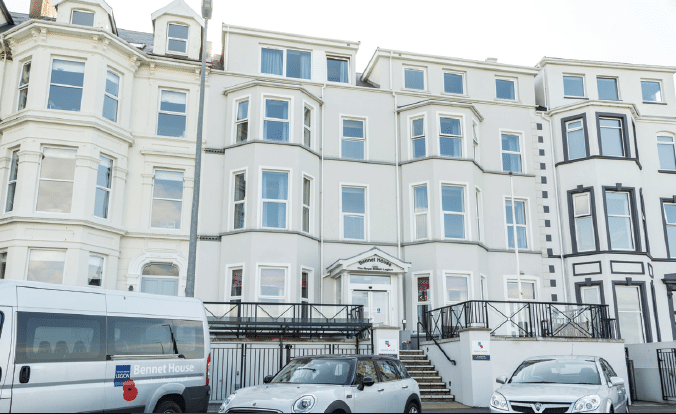 Bennet House in Portrush – which provided seaside respite breaks for military veterans – has been sold by the Royal British Legion, it has been confirmed.

The proposed closure of Bennet House by the Legion had prompted an angry reaction and led to a notice of motion last year going before ABC Council to help change minds.

But it has now been sold prompting any hopes of a change of heart.

The new owners are Landsdowne Holdings Limited, a locally-based company which will be refurbishing the four-storey Victorian property and then continuing to run it as a hotel.

It was brought to the market at an individual price of £525,000 as part of a portfolio of four properties, after the RBL decided to close its break centre hotels around the UK in order to provide greater resources for its increasing casework.

The sale price is undisclosed.

Robert Smithson, senior surveyor in the Hotels Agency team at global company Colliers, who acted on behalf of the RBL, together with his colleague Ian Duddy, in the Belfast office of Colliers, said: “With its prominent location on the seafront at Portrush and superb views of the North Atlantic Ocean, Bennet House is an ideal hotel for the growing numbers of holidaymakers choosing to have a ‘staycation’ in the UK.

“Such hotels are expected to see excellent booking levels this year given the high demand that was experienced between national lockdowns in 2020.

“Portrush has long been a popular tourist destination because of its three sandy beaches. Other local attractions include Bushmills Distillery, the spectacular coastal landscape of Giants Causeway and Royal Portrush Golf Club – currently the only golf club outside of Great Britain to have hosted the Open Championship.”

A spokesperson for Landsdowne Holdings Limited commented: “As the new owners, we are very excited to be welcoming the next chapter of this exceptional property.

“Re-opening in Summer 2021 as Elephant Rock, we will be offering a boutique hotel experience, with beautifully appointed guestrooms, a stunning speakeasy-style cocktail lounge and a casual street-food dining concept.

“With the expected increase in the demand for staycations, we aim to provide that much needed post-lockdown escape, where guests can unwind and enjoy the many things that our beautiful north coast has to offer.”