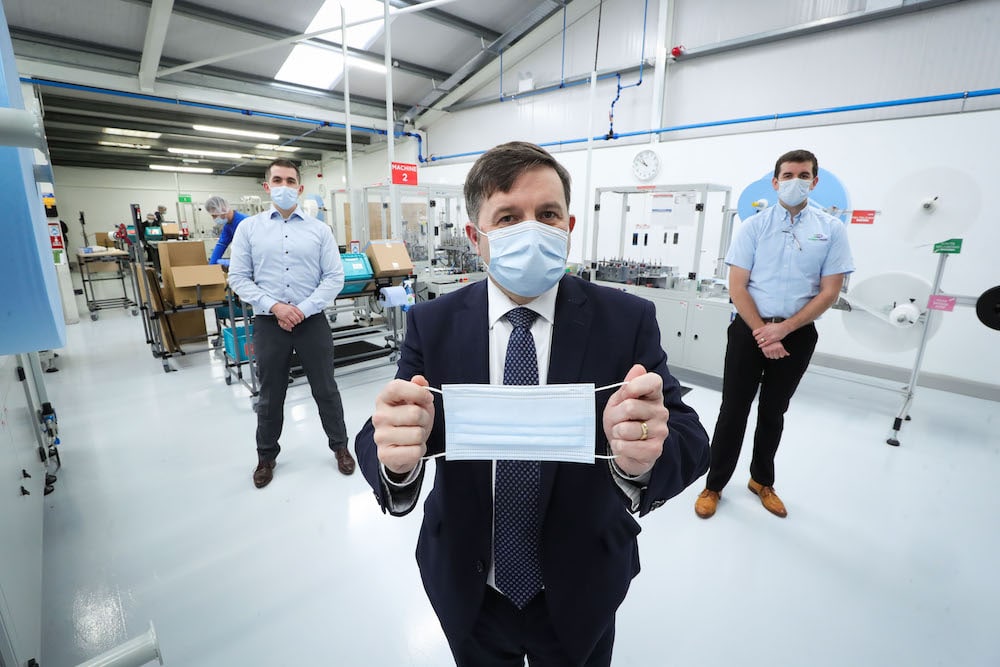 There have been eight further Covid-related death reported in Northern Ireland over the past 24 hours.

One of those deaths occurred outside the 24 hour reporting period.

There have been a further 1,367 cases recorded in the last 24 hours, according to the Department of Health’s latest daily dashboard update.

A total of 4,149 individuals were tested in that time.

There are 366 people in hospitals across Northern Ireland as a result of the virus, 31 of whom are in intensive care units.

There are currently 91 Covid patients in the Southern Trust area, 59 of whom are in Craigavon Area Hospital. There are five ICU beds available across Northern Ireland.

Meanwhile, face coverings in crowded indoor settings will remain a legal requirement in Northern Ireland throughout this winter, the First Minister Paul Givan has confirmed.

“While the importance of personal responsibility cannot be overstated, we have retained some baseline measures,” said Mr Givan.

“These include the retention of a legal requirement for face coverings in crowded indoor settings, the retention of a focus on flexible and hybrid working to reduce the number of social contacts that take place in work settings, the continuing legal requirement for risk assessments to be carried out in certain settings and for visitor and attendee details to be recorded to support the work of the test, trace and protect system.”