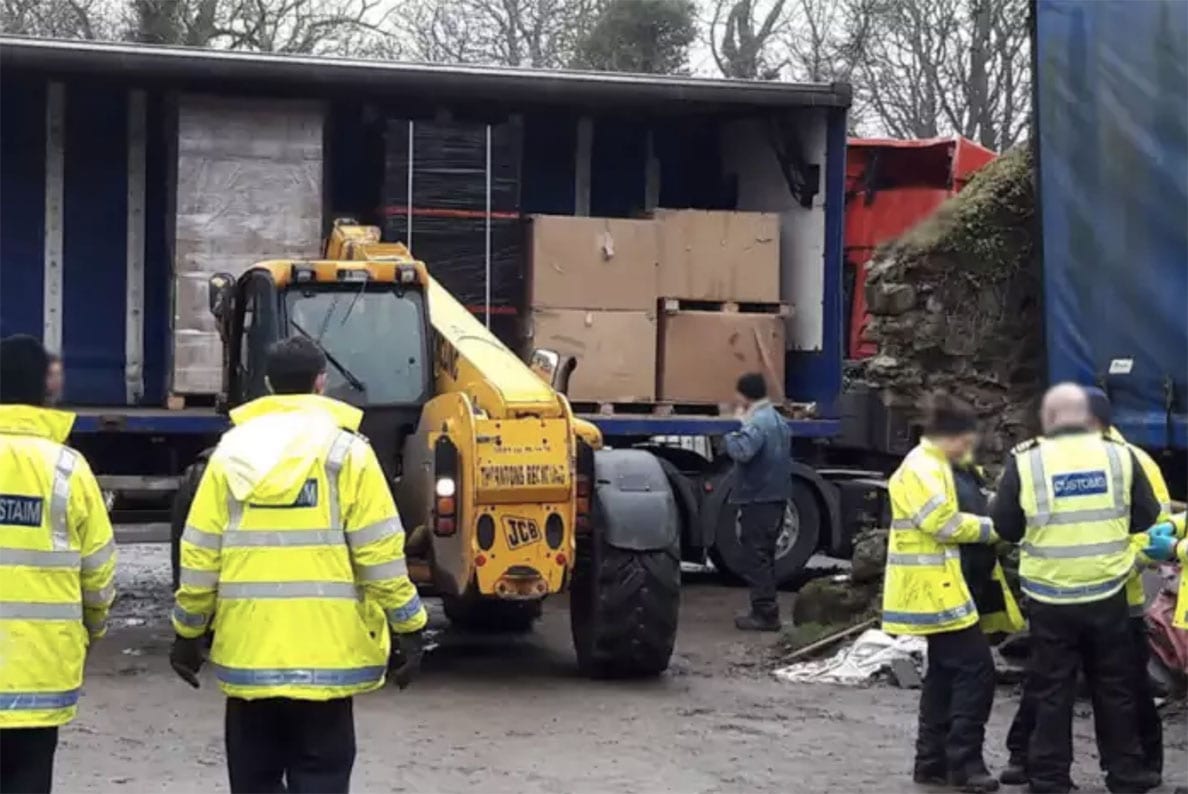 An illegal cigarette factory has been discovered on the Irish border close to Jonesborough.

Revenue officers from the Republic of Ireland and a team from An Garda Síochana, dismantled the illicit factory in Jenkinstown, Co Louth on Thursday.

“This is the first time a commercial illicit cigarette production plant was discovered in the state, and the factory was in full operation when revenue officers and the armed support unit of An Garda Síochana entered the premises just before eight o’clock [yesterday] morning,” said a Customs spokesperson.

“Eleven men, all of them from eastern Europe and aged in their late 20s to late 50s, were arrested by Gardaí and brought to Dundalk Garda station.

“Revenue officers found more than 40 tonnes of tobacco, all the pre-cursor components for the manufacture of cigarettes, and approximately 25 million cigarettes, branded ‘Mayfair’, ready for distribution.

“This was a sophisticated self-contained operation with machinery capable of producing 250,000 illicit cigarettes per hour and pre-processing, processing and packaging facilities, along with living quarters.

“Illicit cigarettes that originated in this factory have previously been seized in both Ireland and the UK.

“If the finished cigarettes seized at the factory had reached the Irish market, the estimated loss to the exchequer would have been approximately €12m.”

They added: “Investigations are ongoing, nationally and internationally.”