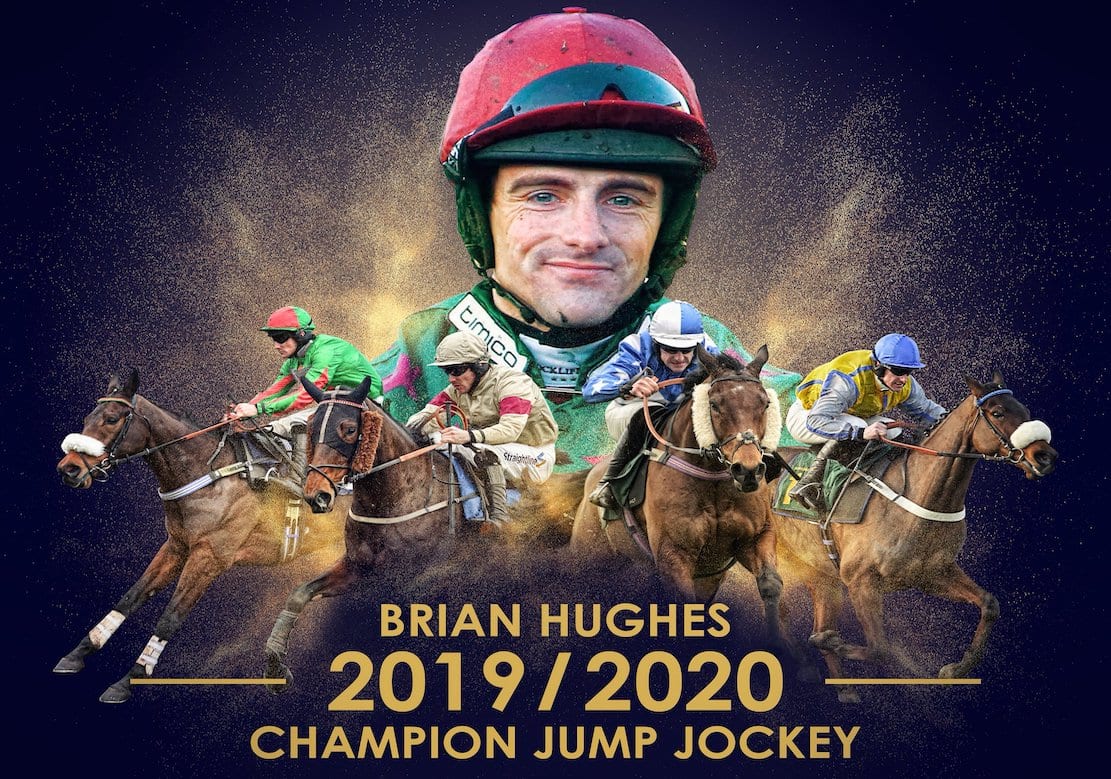 Newtownhamilton’s Brian Hughes has been named ‘Champion Jockey’ for the current season.

The Co Armagh rider won 141 races out of 716 rides in a season cut short prematurely last month when horse racing was one of the sporting calendar’s coronavirus casualties.

It’s a major coup for the Newtownhamilton jockey whose confirmation came on Monday, almost three weeks ahead of the Jumps’ Championships intended finale on Saturday, April 25.

Hughes becomes the first Northern Ireland-based rider to take the crown since 1980, when Jonjo O’Neill was toasting National Hunt success.

And he was thrilled at the achievement.

“It has has always been a dream of mine to become champion jockey so to have finally achieved it is fantastic,” he told the Mirror.

“It is obviously a little disappointing that we haven’t been able to see out the season as we were all looking forward to doing so and there were some big race days to look forward to, but current circumstances are out of all our hands, and racing’s no different.”

He added: “Like everyone else, I can’t wait to get back out there riding and will be doing everything I can to keep hold of the title next season.”