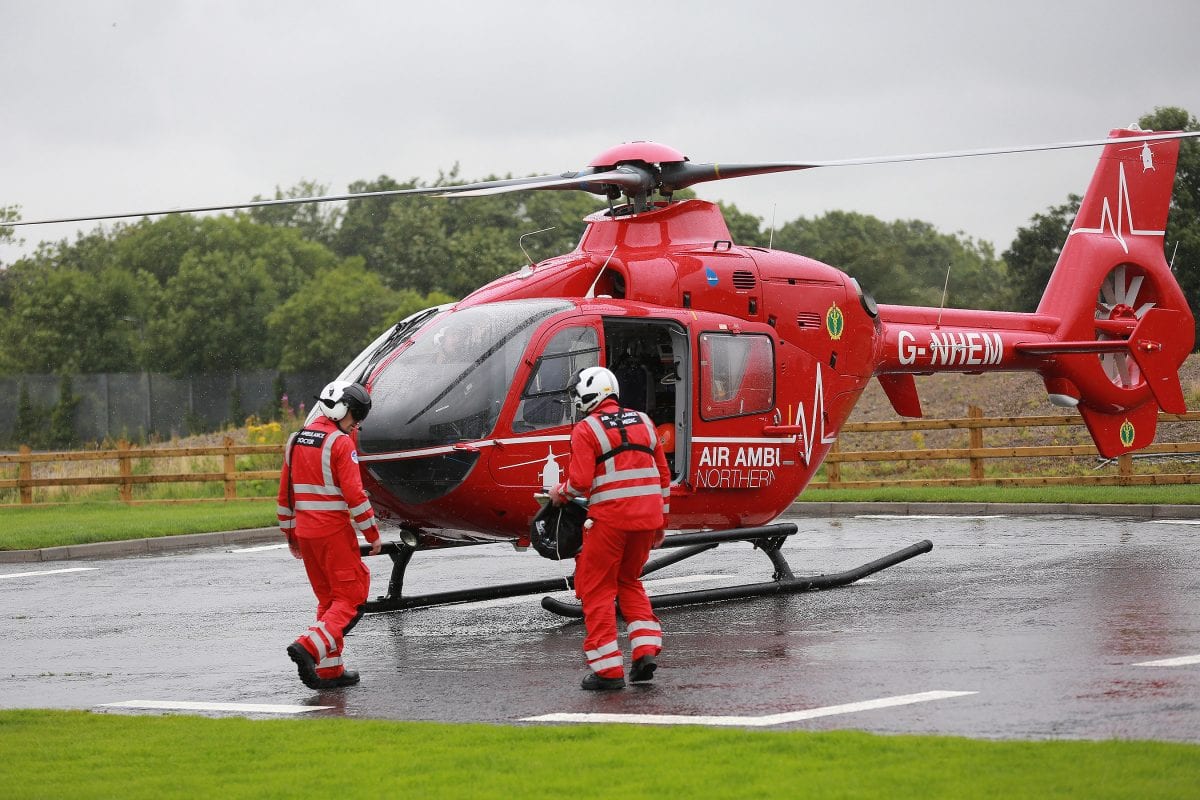 A woman had to be cut free from a vehicle after a two car collision in Newtownhamilton on Saturday afternoon.

It happened at Dundalk Street, at around noon.

Police closed the road and the Northern Ireland Air Ambulance was called to the scene amid reports of injuries.

A rapid response paramedic and ambulance unit also attended the scene of the collision.

Fire crews from Newtownhamilton, Newry and Keady were also called upon to free a woman who was trapped inside one of the cars.

She has been taken to hospital, but her condition is not known at this stage.

Three other people were also treated at the scene for injuries sustained.