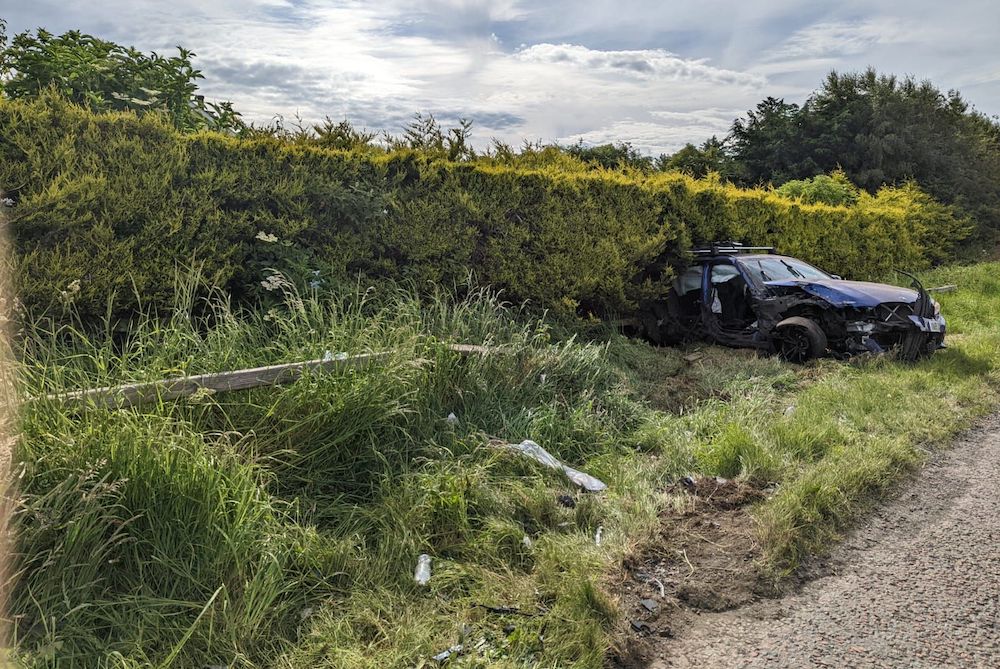 The driver of this mangled car was lucky to escape serious injury following a four-vehicle collision outside Newry this morning (Thursday).

Two people were taken to hospital as a result of the collision, which happened on the Armagh Road, close to the Church Road junction, shortly after 7am.

Police and ambulance crews attended the scene at around 7.15am.

Two of the drivers of the vehicles were taken to hospital as a precaution, a police spokesperson confirmed, however, there were no reports of any serious injuries.

The road, close to Markethill and the junction of Church Road, was closed for a period of time, but has since reopened to traffic.

A spokesperson for the Northern Ireland Ambulance Service said it despatched two emergency crews to the scene.

“Following assessment and initial treatment at the scene, one patient was taken to Craigavon Area Hospital by Ambulance and another was taken to Daisy Hill Hospital by ambulance,” they said.

There were no arrests made.