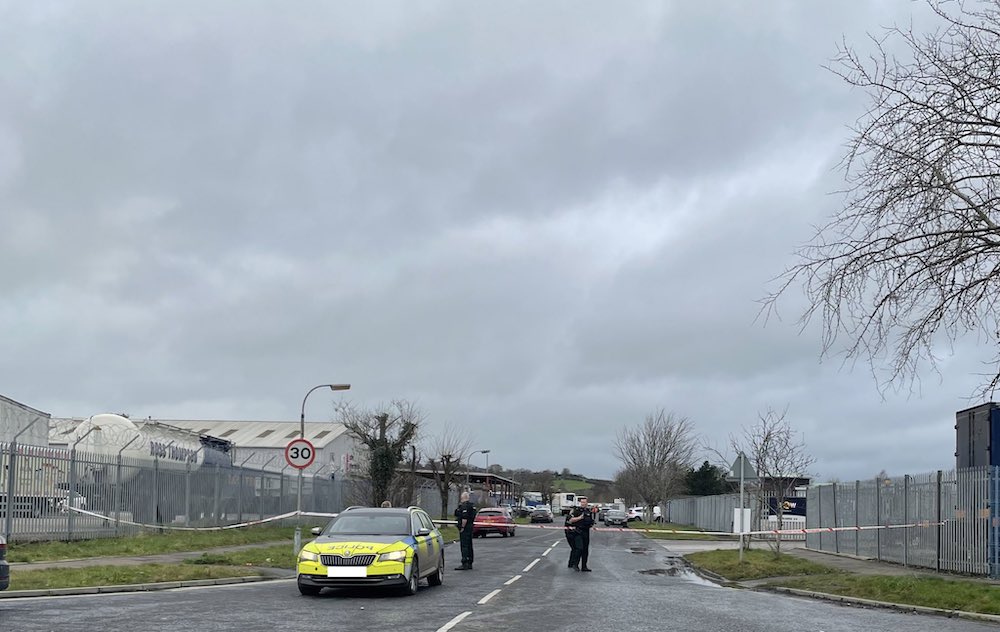 Three masked men are believed to have lain in wait in a Newry industrial estate for around an hour before shooting a man several times in the legs.

Detectives in the city are appealing for information following the incident which occurred in the Springhill Road, Carbane Industrial Estate yesterday (Tuesday).

Detective Inspector Johnston said: “At approximately 11.55am, we received a report that a man had been shot a number of times by three masked gunmen as he returned to his vehicle after visiting a business premises in the estate.

“We believe that the gunmen entered the carpark outside the premises approximately an hour before the shooting took place.

“They were travelling in a Silver Audi S4 with the registration DA55WVE, which was abandoned a short time after the shooting on Old Dublin Road and set on fire.

“The men were then seen to get into a dark coloured saloon vehicle which made off in the direction of the border.

“We wish to establish the movements of the Silver Audi S4 in the time before and after the shooting and are keen to speak with anyone who may have witnessed any dark coloured saloon vehicle loitering or driving away from the area of the Old Dublin Road at around midday.

“I would appeal to anyone who may have any information or dashcam footage in relation to the attack, to contact detectives in Ardmore Station on 101 quoting the reference number 679 08/02/22.”

Alternatively, a report can be made online using the non-emergency reporting form via http://www.psni.police.uk/makeareport/.