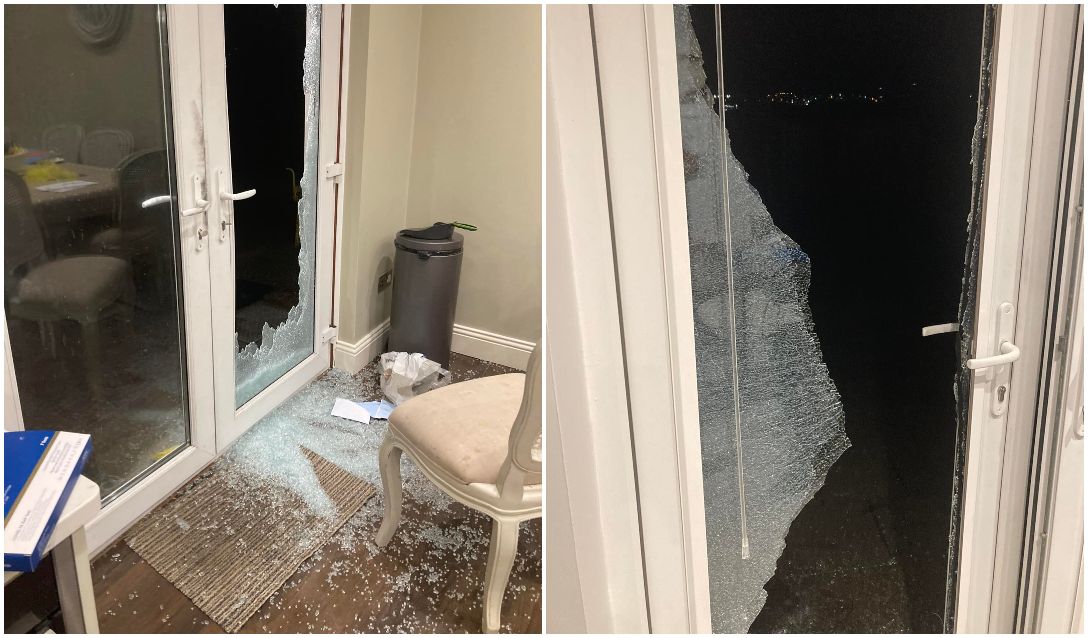 A number of houses in Newry city were targeted by burglars late on Saturday night.

Inspector Gibson said: “It was reported to police at around 5.50pm yesterday, that entry had been gained to a house in the Ashgrove Park area.

“Damage had been caused to a glass pane in a door and a window frame, and two bedrooms had been ransacked. An engagement ring and a wedding ring had been taken.

“Four males travelling in a silver Audi were seen in the area at the time of the incident.

“A description was given of the third male as wearing a dark coloured face mask or balaclava, a dark coloured jumper, grey tracksuit bottoms, and dark trainers with a white sole.

“A fourth male was said to be wearing a dark coloured face mask, cap, hoody and tracksuit bottoms, with white socks and dark coloured trainers.”

Inspector Gibson continued: “We received a further report that entry had been gained to a house in the Sandy Hill area of Newry sometime between 4.30pm and 6.30pm yesterday. A number of cupboards had been ransacked but at this stage, nothing is believed to have been taken.

“Two more reports relating to incidents at houses in the Chancellors Hall area of the city have also been received.

“Entry was gained to one of the properties between 2pm and 10.20pm yesterday, and a mobile phone was taken. A report of entry being gained to a second property was received at around 12.20pm today. It is not clear at this stage if anything was taken.

“Both properties were ransacked.

“Our enquiries are continuing, and we are appealing to anyone who may have witnessed any suspicious activity, or who may have any CCTV footage or other information which could assist us, to contact 101, quoting reference number 1309 of 06/02/22.”

A report can also be made online using the non-emergency reporting form via http://www.psni.police.uk/makeareport/. You can also contact Crimestoppers anonymously on 0800 555 111 or online at http://crimestoppers-uk.org/

“I have just left the home of personal friends in Ashgrove Park, who this evening have had their home burgled,” he wrote on Saturday night. “A wedding ring , engagement ring and other personal items taken.

“I have just watched a sickening video of four men who carried this out. These people who done this are the lowest of the low and need caught as soon as possible. Please watch out for your neighbours.”

After visiting the home of a family in Sandy Hill he wrote: “A lot of damage caused and the family are shocked . The perpetrators of this cowardly act need taken off the streets as soon as possible.”