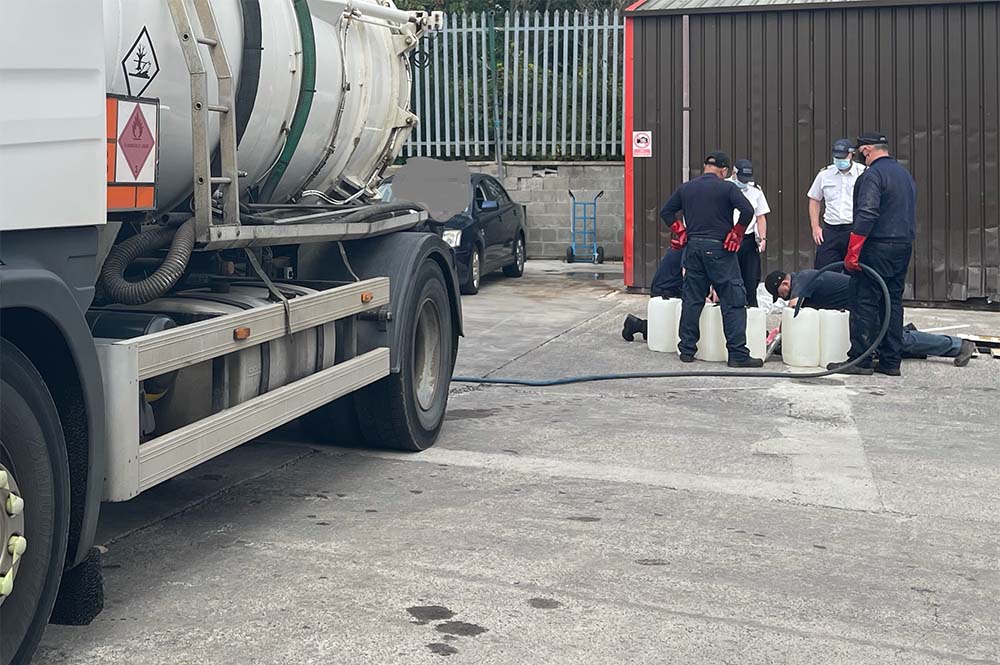 Over the course of today (Friday), officers from Neighbourhood and Local Policing Teams and Tactical Support Groups across Fermanagh, Omagh, South Armagh, Derry City and Strabane have been working alongside our An Garda Síochána colleagues and partner agencies as part of our Joint Agency Task Force operation focusing on rural crime.

Chief Inspector Robert McGowan explained “Over the course of the operation, along with colleagues from HMRC we attended a premises in Newry that was operating as an unlicensed filling station.

“We carried out 84 authorised vehicle check points, carried out a number of roadside breath tests which we were pleased came back negative and seized one vehicle on suspicion of a number of offences.

“We searched nine vehicles and six people on suspicion of drugs offences, recovering and disposing of small amounts of drugs. “In the Newry area, we were also able to locate and arrest a male who was wanted on bench warrant.”

He added: “Our apologies if today’s operation caused any temporary delays.

“These operations will continue in the weeks and months ahead as we work together with An Garda Síochána and other partner agencies to prevent cross-border crime and disrupt the movements and activities of Organised Crime Gangs.”