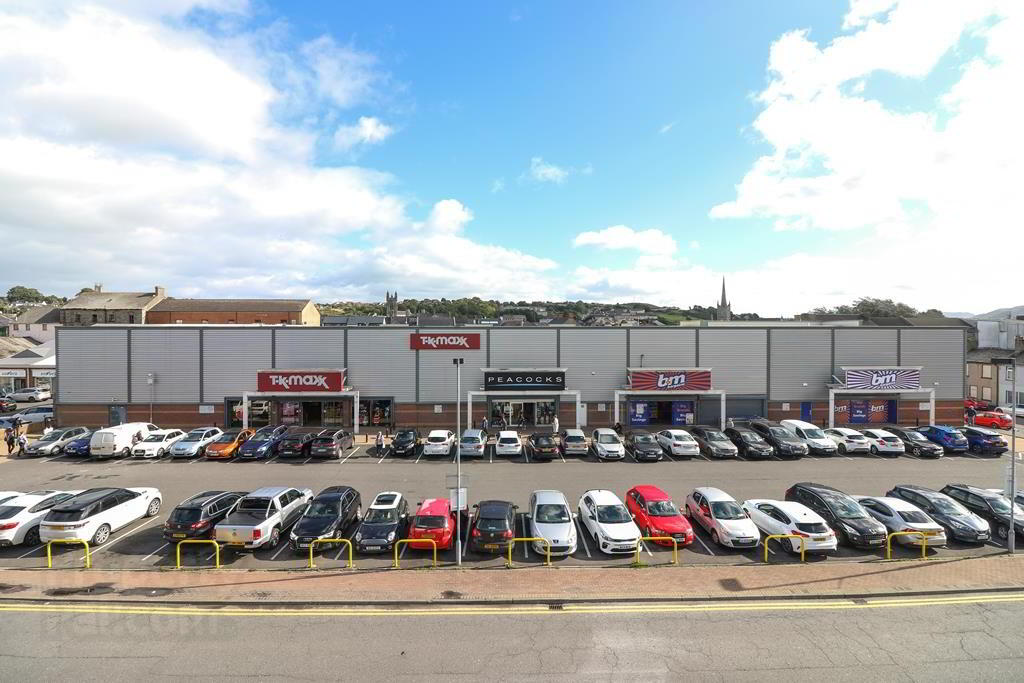 A popular Co Down retail park has been put on the market.

The owners of the Merchants Quay development – located in Newry – are seeking offers in the region of £5 million.

The Merchants Quay is one of the city’s most popular retail locations.

Alongside the Quays and the Buttercrane, it houses some of the high street’s top household names, with the agent responsible for selling describing it as “Newry’s premier in-town retail park”.

Agent Cushman and Wakefield says the development – just a stone’s throw from the Buttercrane – has a “strong trading history”.

It boasts close to 60,000 sq feet of retail floorspace and benefits from 110 car parking spaces on site.

It is now 20 years since the main retail parade – home to TK Maxx, Peacocks, B&M Bargains – was built. The remainder of the park, which is stepped back from the main section, comprises two retail units, currently home to Savers and Argos.

The leases for both B&M and TK Maxx have expired but requests have been made for new leases and discussions are ongoing. Argos is said to be “holding over on a flexible basis”, while the Savers lease is in place until the summer of 2024.

Solicitors have been instructed in relation to the Peacocks unit with the clothing company in administration.

The whole of the upper floor is currently vacant but had previously been occupied by a gym.

According to promotional materials: “The park is prominently situated on Merchants Quay in Newry City Centre, directly adjacent to the Old Creamery Retail Park and a short distance from Buttercrane and The Quays shopping centres.

The agents are describing it as a “high yielding open class retail park investment” opportunity and are expecting a good deal of interest.