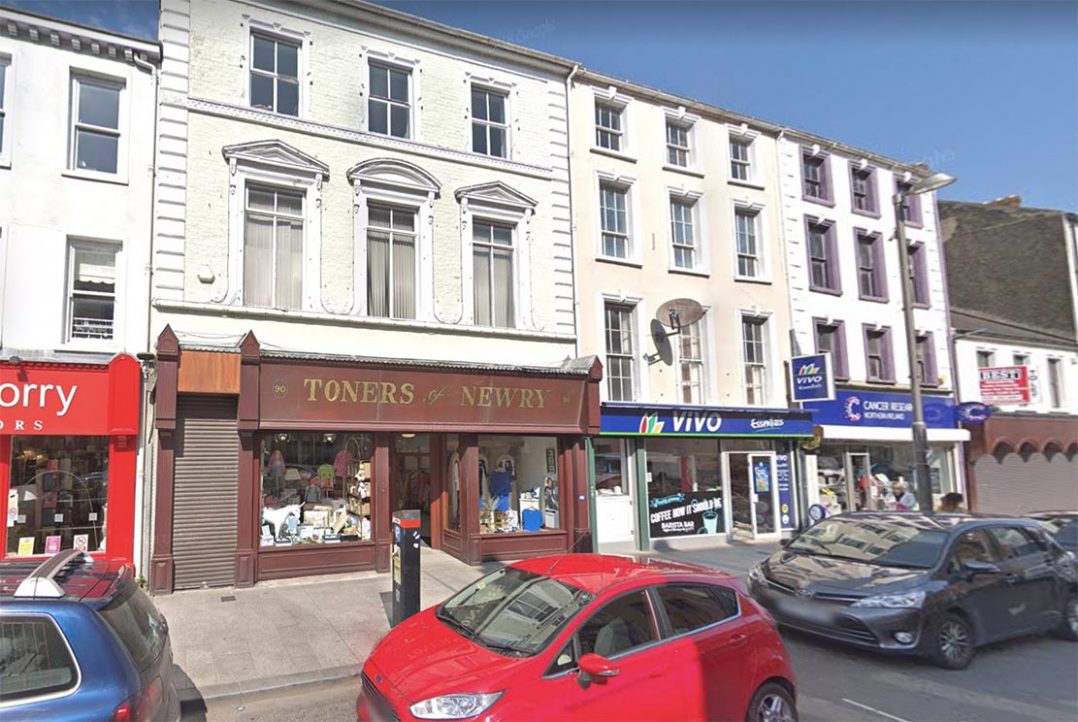 A new 40-bedroom hotel could be built in the centre of Newry creating a significant jobs boost for the city, Armagh I can reveal.

The development – at Hill Street – would also incorporate a restaurant and bar, as well as a gymnasium and coffee shop.

An application for the development has this week been submitted to Newry, Mourne and Down District Council for consideration.

It refers to a site at 90 Hill Street and 10 The Mall, Newry, which are occupied by Toner’s furniture and soft furnishings store and Children’s Parade at Toners.

The site, according to papers, is currently listed as “retail and storage” and the application will seek a change of use.

The applicant – listed as the Belfast-based Mamboscope Developments Ltd, of which members of the Toner family are directors – is seeking a change of use from the existing to accommodate the 40-bedroom hotel.

The scheme would involve the demolition of a single story infill and the creation of a four-storey extension.

The hotel, in total, would stretch to close to 2,400 sq metres in floor space.

It is not known exactly how many jobs would be created but it is believed to represent a significant boost on the employment front.

If given the green light, the entrance lobby and reception of the new hotel will have a seated area and be accessed off the Mall, and will include a coffee dock.

The restaurant and bar can be accessed via reception or directly from the Mall, with separate doors to remain open during trading hours.

The coffee shop will have an entrance via Hill Street, situated between the existing Vivo and Harry Corry Interiors stores.

Ground floor proposals also include unisex toilet provision, kitchen and laundry facilities, as well as separate toilet and changing facilities for staff and designated area for the hotel porter.

The first, second and third floors – to which both stairs and lift access will be available throughout – will each boast 14 bedrooms.

The last of the bedrooms will be located on the fourth floor.

And it is on the fourth floor too that guests will have access to a fully-fitted gymnasium, complete with changing accommodation.

The ambitious plans are now under consideration by council and are being publicly advertised. A second listed building consent application has also been lodged.

Decisions will be returned in due course.