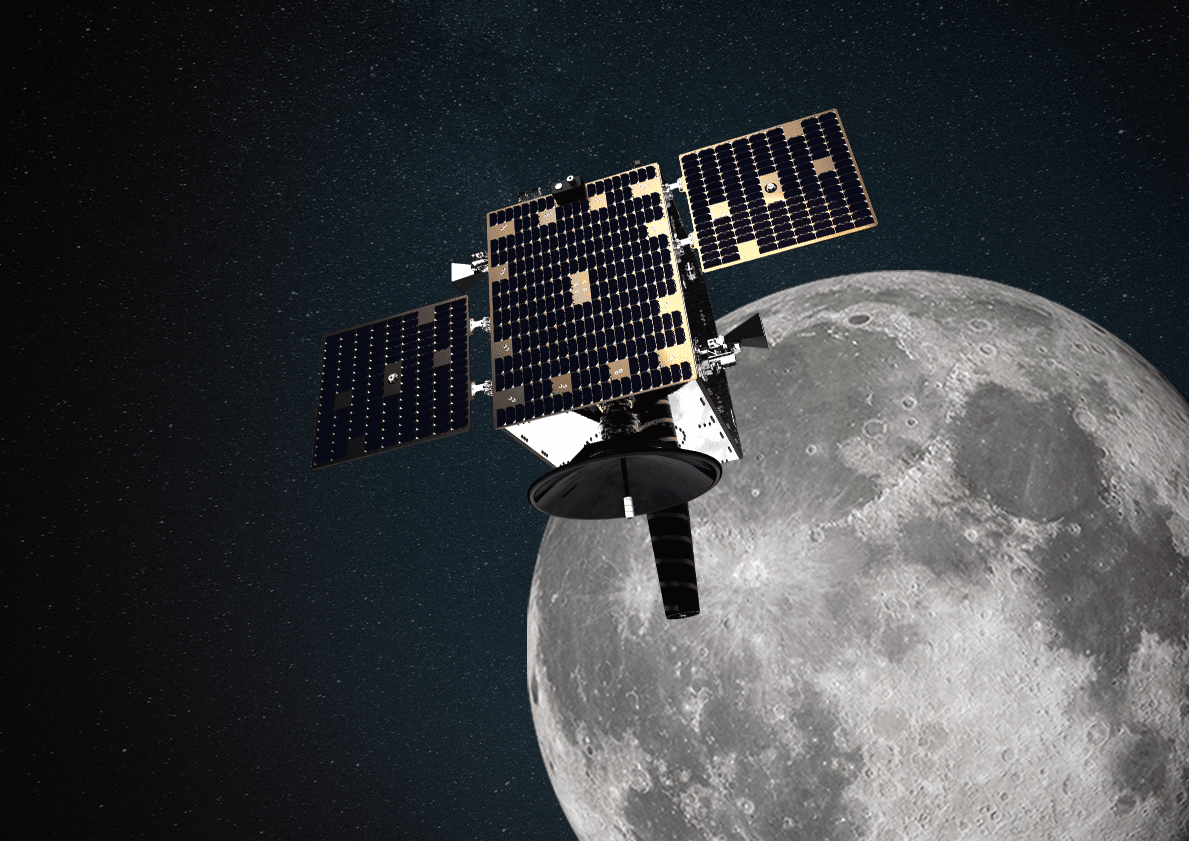 Newry-based Resonate Testing, has been working in partnership with European Engineering and Consultancy Ltd (EECL) to complete shock testing on hardware that will be used on the Lunar Pathfinder spacecraft (pictured). Photo Credit: Surrey Satellite Technology Ltd (SSTL).

A Newry-based company has completed testing on hardware that will be used on the Lunar Pathfinder Spacecraft, which is due to launch in 2025.

Leading commercial test house, Resonate Testing, has been involved in shocking testing for the European Space Agency’s (ESA) craft – a mission that will help lay the foundation for providing dedicated communications, navigation and operations services to upcoming explorations of the moon.

The Newry-based company has been working in partnership with Dr Ben Kieniewicz from European Engineering and Consultancy Ltd (EECL) to conduct testing on the two payload modules that EECL is supplying ESA.

These modules will provide the first ever SatNav position fix outside of earth’s orbit.

Resonate Testing, which previously conducted testing on the launch vehicle equipment for the James Webb Space Telescope (JWST), conducted Shock Response Spectrum (SRS) testing on both the NaviMoon global positioning software (GPS) – the first piece of hardware to be produced for ESA’s Moonlight Initiative – and the low noise amplifier.

The purpose of the testing was to ensure the design changes made by Dr Kieniewicz had resulted in an acceptable product that would be able to withstand the harsh ride of launch on a powerful moon rocket. The testing carried out by Resonate Testing’s team of engineers simulated the forces experienced by the components during rocket launch and the subsequent separation stage.

He said: “When Dr Ben Kieniewicz approached us about conducting testing on EECL’s hardware, we were delighted to get involved. There is so much potential and opportunity within the Space Industry and we’re thrilled to have the opportunity to work with companies in the UK Space Forum and refine our expertise in this area.

“We are proud to be able to accommodate this type of testing, in addition to any bespoke testing requirements for clients, which means that companies do not have to go outside of the UK for their testing services.

“Our partnership with EECL on this project was hugely successful, and it was great to be exposed to Dr Ben’s talent and design expertise.”

Dr Ben Kieniewicz, Founder and CEO of EECL, said: “When assigned the task of manufacturing and designing the NaviMoon receiver and LNA, my preference was to collaborate with a company that had previous experience in testing space components, and one within the UK.

“When I approached Tom and the team at Resonate Testing, I was impressed by their capability and expertise, and the fact that they could more than meet my requirements.

“The partnership has been hugely successful – the team’s insight, flexibility and attention to detail ensured the testing was carried out to the highest of standards, and the whole process was as seamless as could be.”

Lunar Pathfinder is due to launch in 2025 and will offer nearside, farside, orbit and polar services to missions launching in the coming years, laying the foundations for a constellation of combined telecommunications and navigation satellites around the Moon.

Resonate Testing has been providing high quality testing and certification services to companies globally since 2015.

Whilst servicing all industrial sectors, the company’s work within the space sector has steadily increased in recent times with further projects planned over the next 12 months.